The last we heard on AMD's next-gen AM5 socket was from a mockup of the new LGA1718 socket, but now we have a proper render that looks fantastic, thanks to ExecutibleFix on Twitter. Check it out:

The new render shows how AMD's new AM5 socket locking mechanism would work, which looks similar to Intel's own HEDT LGA sockets -- there are no screws here like the LGA socket-based EPYC processors use. The pins being moved from the CPU to the motherboard is a big change for AMD with Zen 4 + AM5 socket, just like it was for Intel all those years ago.

AMD's next-gen Raphael CPUs are teased here in the render, with the Zen 4-based processors expected to drop in the second half of 2022 -- but between now and then we can expect Vermeer-X3D which is a Vermeer refresh, but it'll rock AMD's new 3D V-Cache technology. 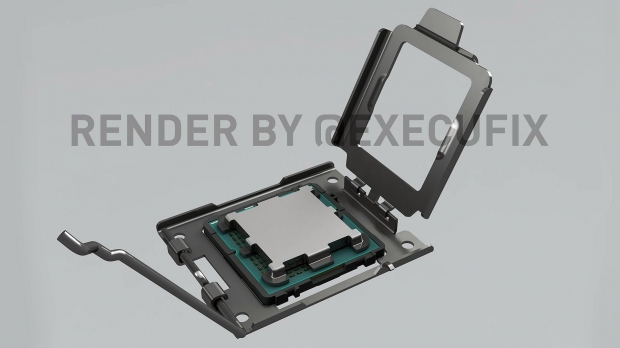