We've been hearing about AMD's next-gen Zen 4 architecture and Ryzen 7000 series or codename Raphael CPUs for over 6 months now, but now we have some more information thanks to new leaks. 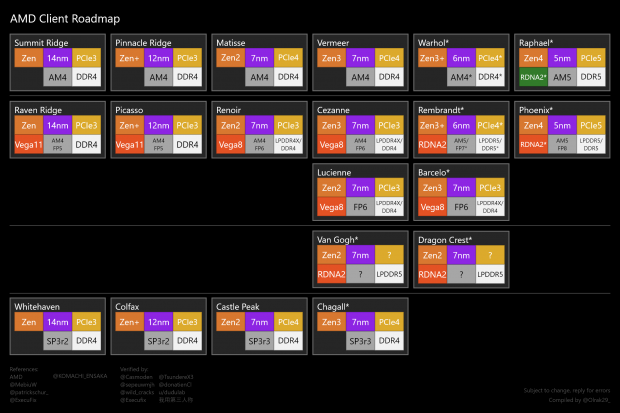 A new leaked AMD roadmap has been teased by @sepeuwmjh which teases the Zen 4-based codename Raphael CPUs, and has been tweaked into a detailed roadmap by @Olrak29_ that gives us a great look at what to expect from AMD's upcoming slate of Zen processors.

The new codename Raphael CPUs will reportedly use the Zen 4 CPU architecture, pack on-board RDNA 2-powered graphics, support DDR5 and PCIe 5.0 technologies, and arrive on TSMC's fresh new 5nm node. AMD will be shifting to the new AM5 socket for the Ryzen 7000 series CPUs according to these roadmaps. Before that we have codename Warhol which will reportedly use the Zen 3+ architecture, DDR4 and PCIe 4.0 technology and be made on the 6nm node. 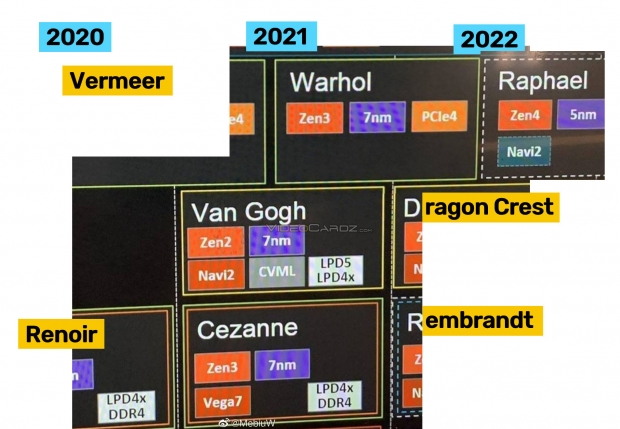 AMD's new Zen 3+ is a bit of a mystery at the moment as we don't know if the company is using a tweaked 7nm node or the newer 6nm node. We should see the new Zen 3+ processors arriving sometime later this year, through a refreshed AMD Ryzen 5000 series (could be called, or released as the new Ryzen 6000 series) and inside of the next-gen Ryzen Threadripper family of CPUs.