NASA's Hubble Space Telescope still manages to shock onlookers with its images of the cosmos 31 years after its launch. 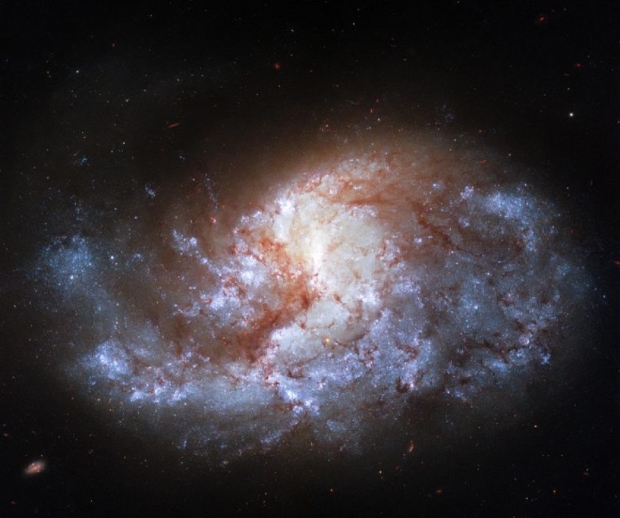 This time around, the Hubble Space Telescope has been used to peer at a glorious spiral universe 68 million light-years away from Earth officially named NGC 1385. The spiral galaxy resides in the constellation Fornax, which is the Latin term for furnace. The constellation's name was coined by Nicolas-Louis de Lacaille, a French astronomer born in 1713, who was also responsible for the names of fourteen other constellations out of the total 88.

Researchers used Hubble's Wide Field Camera 3 (WFC3) to capture the image, which is one of the main cameras that is used on Hubble. Considering its age, Hubble's WFC3 can still produce absolutely incredible images of the cosmos, which really makes you think how mind-blowing the images will be of the coming James Webb Space Telescope that is slated to be Hubble's replacement. More on that coming telescope launch can be found here.