An individual has claimed that he is a "real-life time traveler from 2714" and that aliens will soon be arriving to begin an intergalactic war.

As you have probably already guessed, the time traveler claims have been posted on TikTok and has gone viral despite its obvious lack of scientific evidence to back up the claims. The time traveler claims that invasion will come with a meteor shower, as "one of the meteors" will look different than the others - this will be a "spaceship landing on Earth starting preparations for the Nozic War".

The time traveler claims that the meteor shower will begin on August 11, 2021, and will continue for two weeks. This isn't the first time the TikTok account has claimed to be a time traveler, only a few weeks ago the user claimed that humans would get superpowers in 2021. These videos going as viral as they do show that even baseless claims without any scientific evidence to back them up can still get traction online. Whether that traction is deserved is another question entirely. 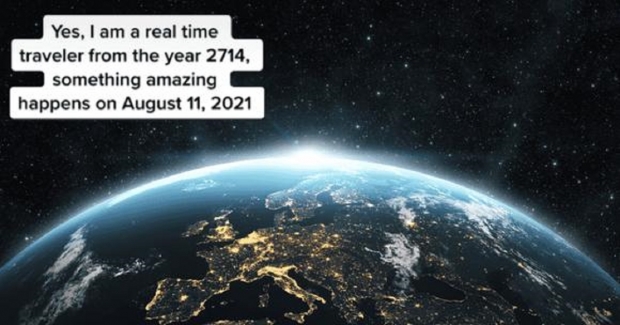