A man that has decided to remain anonymous has spoken out about his experience working as a content moderator at Facebook. 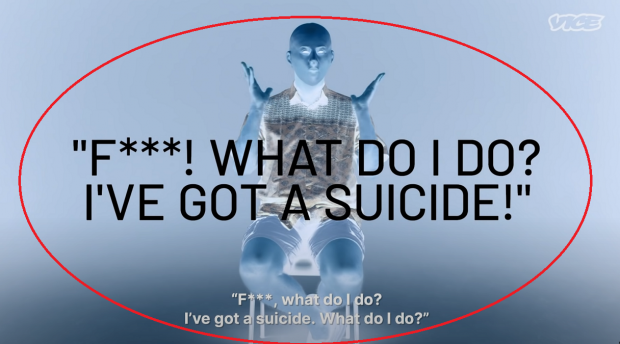 The bombshell interview appeared on VICE at the end of last month, and it shows a man wearing a mask discussing what it was like working as a content moderator at Facebook. The ex-employee says that his job is basically removing any content that breaks community guidelines, so Facebook users don't have to see it. The ex-Facebook employee goes on to say he spent eight hours a day looking at "all the worst things that people post online so that you don't have to see it."

Throughout the interview, the man explains that he originally didn't believe in post-traumatic-stress-disorder or PTSD and that he thought it was just a thing for useless people, but after experiencing at least "five to ten percent" of "traumatizing" images and videos, he began to feel the effects. "You remember some image that you had seen, and you suddenly realize there was a naked girl on one side - or an ISIS flag in the background, so now it should have been deleted under the terrorism policy", he explained.

The anonymous man claimed that "Facebook denies that anybody could ever get PTSD." If you are interested in learning about this interview, check out the above video.