Call of Duty: Black Ops Cold War and Warzone are about to enjoy Season 5 kicking off, with both Activision and Treyarch teasing new Operators, and more. Check out the Season 5 official cinematic trailer:

It's funny... the main character is a female hacker that seems very cool from the trailer, but Activision can't get the freaking hackers out of Warzone. So the new character is a hacker, in a game filled with hackers that ruin half the rounds that I (and millions of others) play. Nice.

Season 5 should end up being the last season in the Black Ops Cold War cycle, as Call of Duty: Vanguard should take in from there. We should expect lots of new goodies in the Warzone Season 5 battle pass, map changes, and more.

Anyway, the new Operator is called Stitch -- and she isn't f***ing around. She's a total boss in the trailer, and I can't wait to see what she can do in Season 5.

In the cinematic trailer for Season 5, she uploads a dangerous signal that takes over the minds of everyone in the room that has a comms piece in their ear, which seems to be some conspiracy theory-style mind control (Project MK Ultra) that turns the soldiers against each other, murdering each other in front of her.

We don't know what this will do to Verdansk, or what changes will happen because of this signal that Stitch uploaded, but we don't have long until we find out. 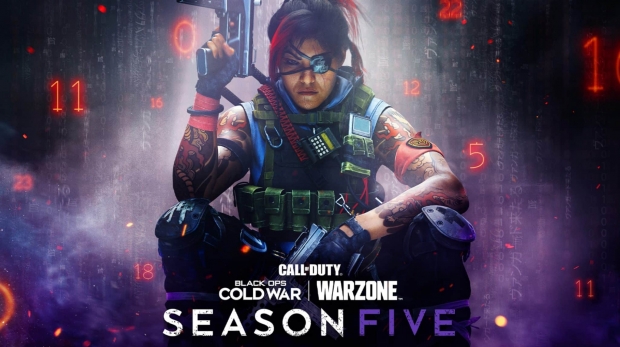