I'm old enough to remember the hype of 3Dfx (capitalized D made the difference as they changed to 3dfx years later) and the original Voodoo 1. Man... it was an absolute game-changer. Super smooth frame rates, bi-linear filtering, 4MB of RAM and the ability of SLI... dual VGA cards at once?! It was a gamers' wet dream, literally.

Well, 3dfx eventually died down and NVIDIA acquired its assets in December 2020 -- most of it was IP rights. This is where NVIDIA took SLI from, 3dfx created the technology and NVIDIA acquired 3dfx and its SLI technology in the process, tweaked it, and then pretty much gave up on it with the lastest-gen GPUs.

But now... a San Francisco-based company called Jansen Products has acquired 3dfx assets and is trademarking that iconic name. Jansen Products... doesn't that smell fishy... NVIDIA owns 3dfx for the most part, with NVIDIA CEO Jensen Huang... and now Jansen Products is teasing a return of 3dfx. 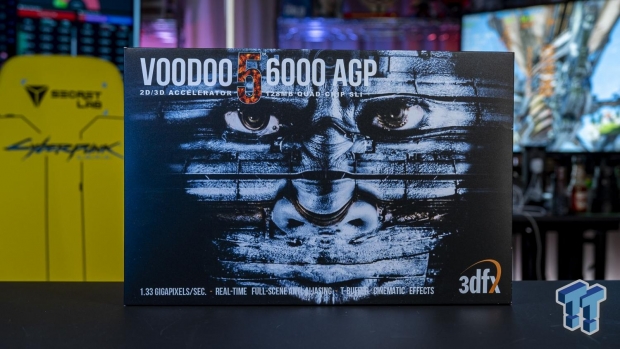 Maybe NVIDIA is using the 3dfx name to bring back Voodoo, just for the fucking hell of it. Why not. I would buy the absolute crap of anything 3dfx released, if they were good enough cards. The art work of the 3dfx Voodoo cards hasn't been matched since, and NVIDIA needs a more fully gaming-focused brand to better fight AMD and Intel in the near future.

RDNA 3 is going to kick serious ass and NVIDIA is worried... right on the bell, 3dfx comes out of nowhere under Jansen Products. I mean, come on -- NVIDIA, do us gamers and old school enthusiasts right, unleash the 3dfx brand in some form. Completely change the game up and start throwing down that gauntlet.

Or maybe someone is just messing with us, and 3dfx will really release sound systems, TVs, and other tech products. Who the hell knows, but I just love seeing 3dfx back in the headlines. It's funny though, so many of the tech sites and "TechTubers" would have no idea what it was like with the Voodoo video cards back in the day... but now we're about to be punched in the face by 3dfx again.