A video last month has recently gone viral as it shows the moment two women were flung from a swing that was swinging them over a 6,300 feet cliff.

The video was shot last month in Russia's Dagestan region, and it shows two women being thrown from a swing that goes out over the side of a cliff. The women were flung from the swing because one of the chains attached to the chair broke, causing the chair to drop to one side and the women to be hurdled forwards while they desperately struggled to hold on.

While the cliff is 6,300 feet, 200 feet deeper than the Grand Canyon, the women actually survived the fall because they landed on a narrow platform just below the cliff face. The Mirror reports that family members dragged them both to safety and that the women only suffered mild bruising and scratches from the fall. An investigation has begun into the incident by Russian authorities. 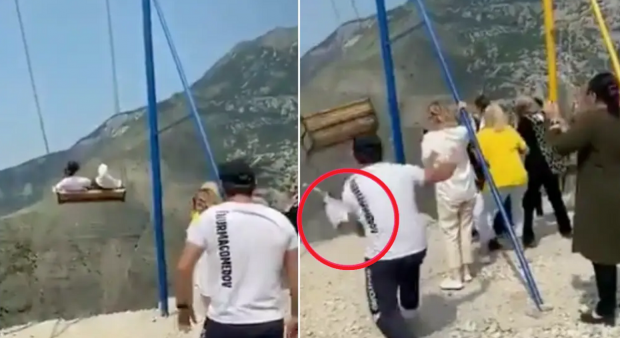