The world thought that the most expensive video game ever sold at an auction was a copy of 1987's The Legend of Zelda, but now the title has been taken by another video game. 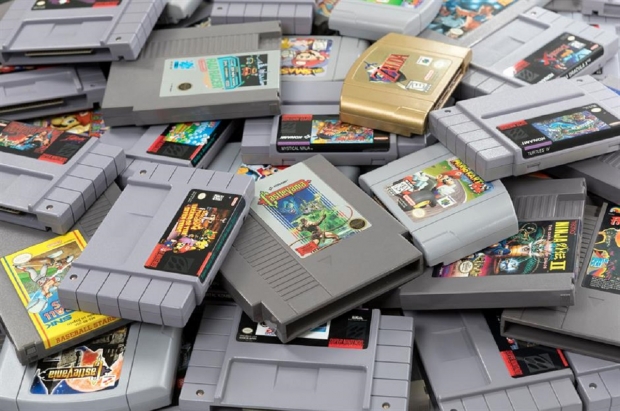 Two days before the title was snapped up by another video game, Heritage Auctions held an auction for 1987's The Legend of Zelda, which ended up selling for a ridiculous $870,000. The sale of the sealed The Legend of Zelda surpassed the previous record holder that was set three months prior. The previous record-holder was a rare, sealed copy of Super Mario Bros that sold for $660,000.

Now, both of those records have been smashed as Heritage Auctions hosted an auction for a sealed copy of Super Mario 64 that sold for $1.56 million. The N64 copy of Super Mario 64 included a special or rare print of the game that featured an uncommon Wata Games rating of 9.8 out of 10. If you are interested in checking out the game for yourself, images have been included below. If you want to see the auction website for the game, check out this link here. 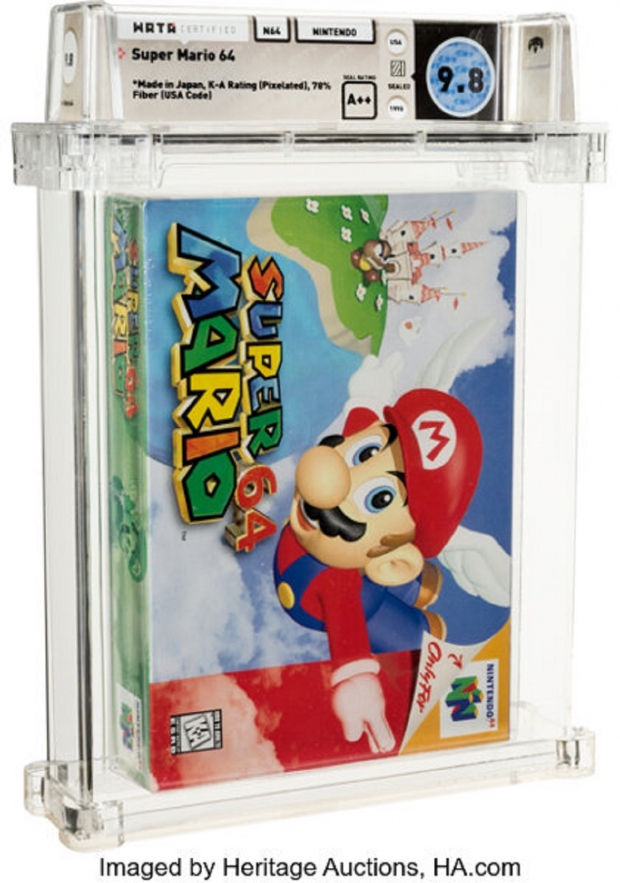 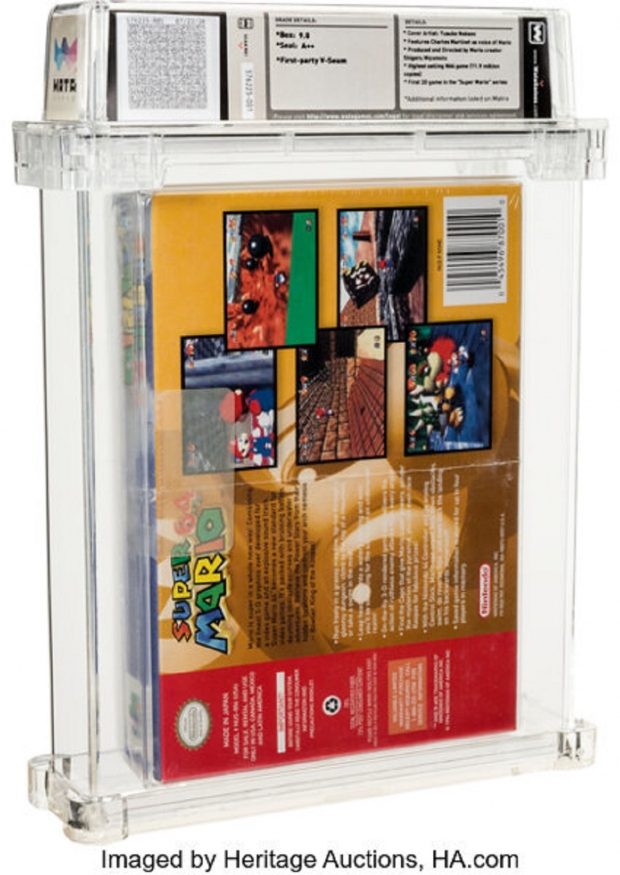