All of gaming's major players are investing into online live-driven games--Sony, Take-Two, Microsoft, Activision-Blizzard, EA, and of course Ubisoft all earn billions from live games. Having transformed its business with digital monetization, Ubisoft in particular wants to double-down on live services for its upcoming games. 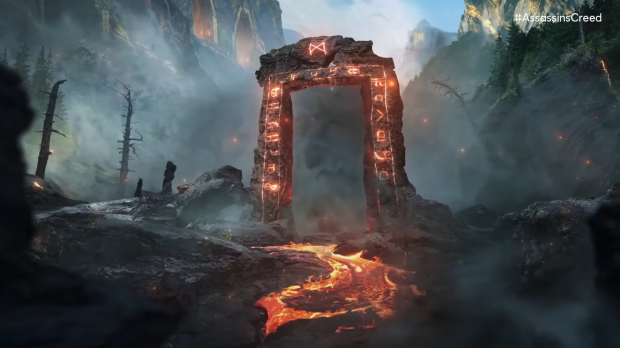 Ubisoft's latest 2021 annual report paints a clear picture of the company's future. Ubisoft promises to focus strongly on long-term player engagement using live services, and says that online multiplayer and live content will be instrumental in shaping its games over the next few years. This is the direct thinking that led to projects like Assassin's Creed Infinity, an online platform with multiple games that change over time, to be born.

"Over the coming years, Ubisoft will benefit from numerous solid drivers of growth with, in particular, significant opportunities in the digital sector generated by the extension of the multi-player and social gaming experience and by even greater integration of Live services," the report states.

Monetization is the main goal for live-driven games. In-game microtransactions make up a substantial portion of Ubisoft's yearly revenues. In FY21, Ubisoft earned 780 million from PRI (player recurring investment), making up 35% of total revenues from the year.

In the report, Ubisoft confirmed that it will continue selling cosmetic and convenience items in its future games:

"At Ubisoft, the golden rule when developing AAA games is to allow players to enjoy the game in full without having to spend more. Our monetization offer within pay-to-play games makes the player experience more fun by allowing them to personalize their avatars or progress more quickly, however this is always optional."

Ubisoft is investing heavily into these live-driven projects. Ubisoft spends a lot on R&D, with 827 million euros, or 35% of its FY21 net bookings, spent on research and development. This R&D spend is mostly used on video games production.

In fact, Ubisoft spent 95% of its operating income on expenses, most of which include royalties, investments, contracting, and advertising. A substantial portion of this--over 900 million euros--was spent on depreciation and amortization of released and in-development projects. You can learn more about D&A here.

The company wants its games and franchises to be flexible enough to adapt across three monetization points: free-to-play, mobile, and premium games. This three-part plan is reflected in all major publisher's business models, from Take-Two Interactive and EA to the $8-billion titan Activision-Blizzard.

New methods of gaming and forms of monetization have emerged in recent years on PCs and consoles, Ubisoft's traditional segments.

This is the case in particular with regard to the "free-to-play" and subscription options which, in parallel with the "premium" model, offer the possibility of reaching a wider and more diverse public and strengthening player engagement.

This means that Ubisoft's games must be sufficiently flexible so as to adapt to these three forms of monetization (premium, free-to-play, and subscription). This impact should be amplified by streaming, which the Group sees as a major long-term opportunity.

Firstly, this will allow the potential market to be extended by offering the option of playing anywhere, anytime, on any screen (including cellphones), without the obligation to purchase an expensive console or PC to play.

This indicates Ubisoft is not only developing more games with post-launch content, but also the post-launch content itself. Assassin's Creed Valhalla is a prime example--the game is getting a season 2 expansion pass with more content throughout 2022. 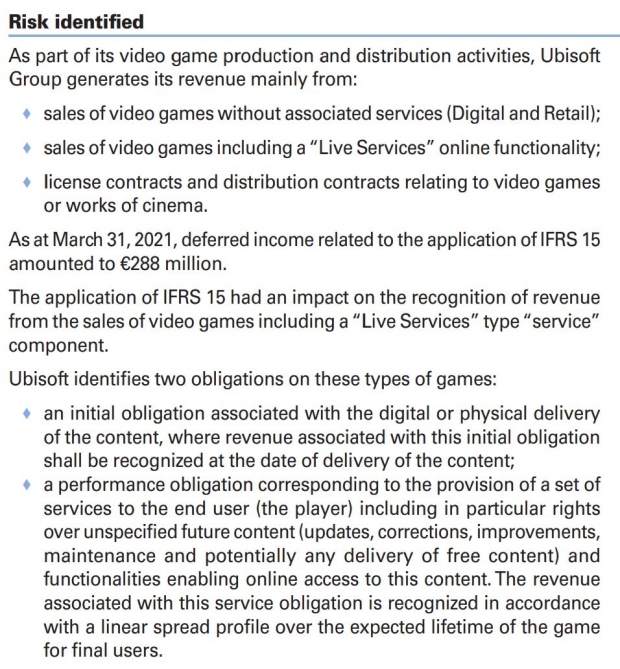 Ubisoft is using a handful of core franchises for this model:

In summary, Ubisoft (like every other major publisher) is investing strongly into live-driven games. The company has already said that all of its future games will have live services and there's many different opportunities to chase.

For example, Ubisoft could lean into the Warzone model which connects multiple mainline games together with a standalone, free-to-play experience. That should be happening with The Division at some point.