Death Stranding director's cut is coming to PS5 on September 24 with two modes: a performance mode with upscaled 4K at 60FPS, or native 4K. Both of these feature ultrawide and HDR support. The other P5 optimizations include ultra-fast loading and haptic feedback via the DualSense controller.

The price is a stark contrast to Ghost of Tsushima's $69.99 director's cut. Instead, Sony and Kojima Productions is charging a more reasonable price and upgrade cost. PS4 owners can upgrade to the PS5 version for $10. Standard edition is $49.99, and the digital deluxe edition is $59.99.

In a recent video, Kojima Productions' communication manager Jay Boor says the director's cut isn't just a remaster--it's something that was made after the game shipped and it'll be packed with a lot more content.

"The aim was to introduce content that would further expand the world of Death Stranding while enhancing the core gaming experience," Boor said.

"In addition to the awesome enhancements the PS5 will bring to the table, Death Stranding director's cut will be packed with a ton of new content. We're introducing more weapons, equipment, vehicles, a variety of new modes, new missions and areas to explore, expanded storylines--even enhancements to the UI."

"The director's cut was built and developed from the ground up after Death Stranding released."

A lot of this content is quality of life improvements that make the game's tedium easier, including a cargo catapult, a support skeleton, and more, but there's also new quests and battles too.

If you already own a PS4™ version of DEATH STRANDING, you can get the PS5™ DEATH STRANDING DIRECTOR'S CUT Digital Deluxe Edition for a discounted price and you do not need to purchase this product. Owners of a PS4 disc copy must insert it into the PS5 every time they want to download or play the PS5 digital version. PS4 game disc owners who buy the PS5 Digital Edition disc-free console will not be able to get the PS5 version for the discounted price. 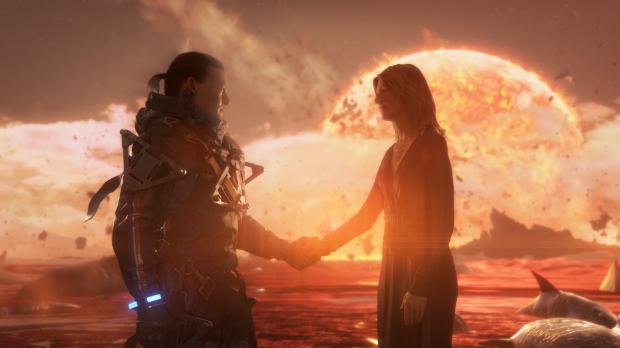