After 20 years of delays, the International Space Station (ISS) will finally get its long-awaited "walking" robotic arm. 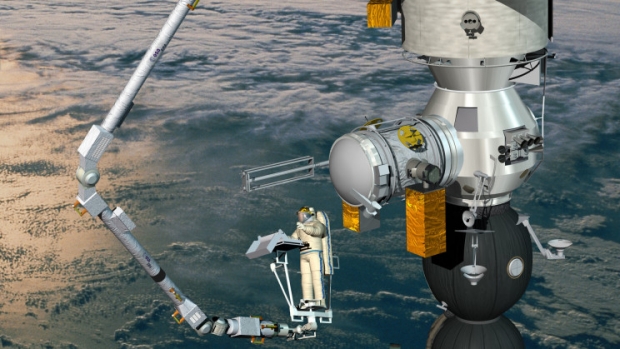 On July 15, the European Robotic Arm (ERA) will launch from Earth towards the ISS on board a Russian Proton rocket that will also be carrying the Russian Multipurpose Laboratory Module. The European Space Agency has explained that the robotic arm measures in at 36 feet and will be smart enough to anchor itself to locations outside of the Russian segment of the ISS as well as move between certain points.

The purpose of the arm is to assist astronauts that are out on spacewalks by carrying payloads, transporting crew members, using its cameras to inspect areas out of the station. Essentially, the arm will free up time for astronauts that can now concentrate on other matters. Astronauts have the ability to control the robot from inside the Space Station or from the outside. Additionally, the robot can be programmed to carry out a set of instructions or can be used free-hand. 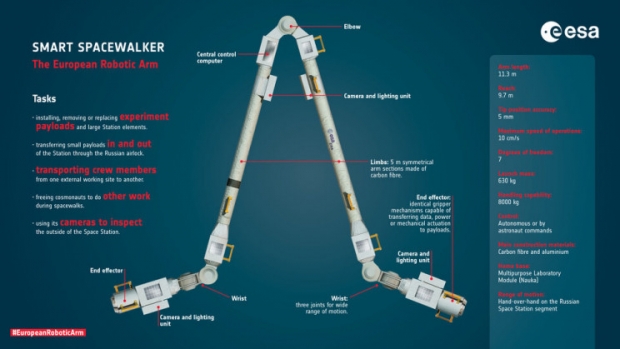