One dataminer finds mysterious assets for Slipstream, which is listed alongside other Call of Duty games. Could it be for 2021's new WW2-themed Vanguard? 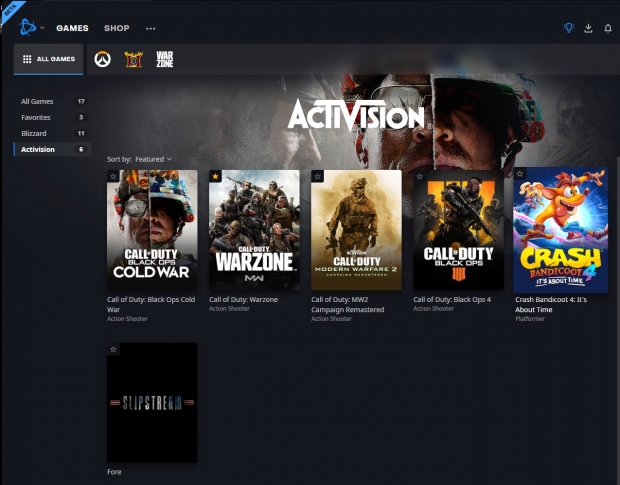 References to something called Slipstream have been found on Battle.net's code by Twitter user @Helba_The_AI, and it's possible it refers to Call of Duty Vanguard. While the name is confusing, it's likely the assets are to throw off dataminers with decoys, the same way Epic Games changed its internal references to FF7 Remake and Alan Wake to strange names like PineappleQA and Heron Staging on its storefront.

The Slipstream asset could refer to something in the actual game, but it's most likely a banner placeholder that uses a decoy word instead of the game's Vanguard name. The font and style of the actual game could be exactly the same as the asset found on Battle.net.

The game is apparently codenamed "fore" and Battle.net store code mentions a limited alpha test which is probably coming soon. The game requires a decryption key on the Battle.net launcher.

Sources say Call of Duty Vanguard will be revealed in a Warzone event and it's possible we could get more info on the limited alpha during Sony's rumored PlayStation Experience event.