Space tourism is beginning to become a reality, and soon anyone will be able to take a trip to see Earth like they have never seen it before. 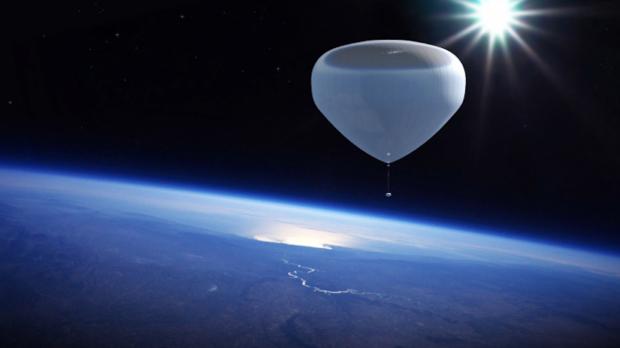 Blue Origin and Boeing are just some of the companies that are working towards making space tourism a reality. Blue Origin will have its first passenger flight in the coming weeks, and one of its first passengers will be Amazon CEO, Jeff Bezos. If rockets aren't your thing, or if you can't afford the price tag, and want to opt for something cheap, maybe a space balloon will be up your alley.

Space Perspective has successfully completed the first test flight of its prototype stratospheric passenger balloon called Neptune One. The launch was conducted on Friday, June 18, and Neptune One reached 108,409 feet before it splashed back down to Earth in the Gulf of Mexico. True "space" begins at 330,000, often referred to as the Karman Line. However, Space Perspective says passengers will be able to have an incredible view of Earth that creates the Overview Effect.

Space Perspective will be charging passengers approximately $125,000 for a ride on Neptune One, and while that sounds expensive, it's quite cheap compared to Virgin Galactic's tickets that should be in the $250,000 range.

Taber MacCallum, Space Perspective CEO, "This test flight of Neptune One kicks off our extensive test flight campaign, which will be extremely robust because we can perform tests without a pilot, making Spaceship Neptune an extremely safe way to go to space."

Space Perspective was "created to make spaceflight more accessible to all, and to provide the thrilling opportunity to see Earth as a planet in space. Spaceship Neptune was developed from the onset for maximum safety, accessibility, near-zero emissions, and routine operations around the world", the company explained in its press release.