A new Wolfenstein game is likely to be MachineGames' next project, Bethesda Pete Hines hints. 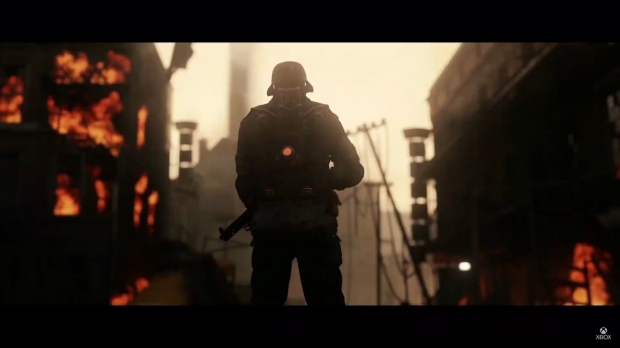 This makes sense. MachineGames is creating a new all-original story for the Indiana Jones game, and they're also working with Lucasfilm, who is notorious for making game adaptions quite difficult due to stringent approval processes.

So what about the immediate future? It's likely MachineGames' next game is Wolfenstein 3. It's worth mentioning that the devs have multiple teams working on multiple projects like any other studio.

We know Wolfenstein 3 is coming. Pete Hines confirmed a sequel would happen way back in 2018:

"Absolutely we're making a Wolfenstein III. They said on stage that they're taking a break from the larger story to do this thing. But we all have to see how that ends,"Hines said.

"At the end of the day Wolfenstein did well for us, because we're about to do two more Wolfenstein games."

(The first of these two new games was Youngblood. The other should be Wolfenstein 3).

Some job listings also seem to hint the next Wolfenstein could be similar to Youngblood, possibly with monetization and online play.

"I'm pretty sure that whatever we do in the future it will have an online component," Gustafsson said in a 2019 interview with GamesBeat.

"You'll be able to play with your friends. But with that said, what I feel is equally important--a very important thing for me personally--is that a Machine Games title will always let you play solo. That's an important thing for us. So I'm pretty sure it will be a combination."

Neither the developers nor Bethesda have announced Wolfenstein 3 yet, but Phil Spencer might've teased the game at E3 2021.