Outriders is outperforming Square Enix's expectations and the company is satisfied with the game's reception on Game Pass. 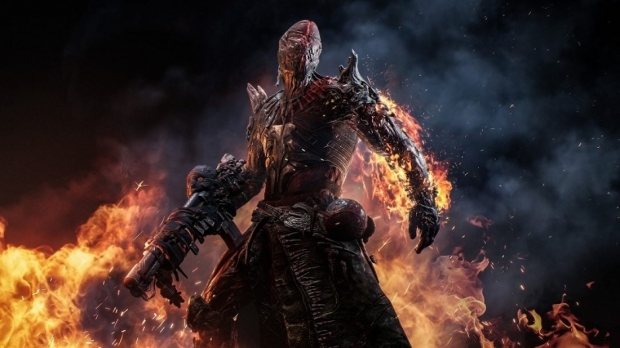 Releasing a new IP like Outriders on a service like Game Pass could be a risky gamble. Fortunately for Square Enix, the bet paid off. Square Enix President Yosuke Matsuda says digital sales for Outriders have skyrocketed and player counts are beyond the publisher's expectations--Game Pass isn't the only factor, though, and the game's Steam playerbase was huge at launch. In short, Outriders is a success.

"While there were slight issues with bugs and the like on launch, we believe it has gotten off to a good start as a new IP. In addition, we have been pleasantly surprised as the digital sales ratio for the title have been very high, and the number of active users has also beaten our expectations. We believe that our decision to make Outriders available with Microsoft's Xbox Game Pass as soon as the title launched also worked in our favor to build an installed base for the game," Matsuda said in a Q&A session with investors.

The company chose to use Game Pass as a kind of safety net buffer to help keep the playerbase healthy. The idea is to reduce friction by opening up access and more people will jump in and try the game.

Game Pass isn't being completely utilized in the context of Outriders, though.

The Game Pass subscription has been proven to help games in the following ways:

Since Outriders has no monetization, Game Pass is helping the game is incentivizing digital purchases, exposure, and increasing the player counts to ensure there's an active base of users. For Square Enix, this is enough.

I'm curious on the exact current sales figures for Outriders and whether or not monetization will be added in at some point. Outriders should also get premium expansions soon to help maximize continued player investment.

Outriders Day One Edition - Xbox One