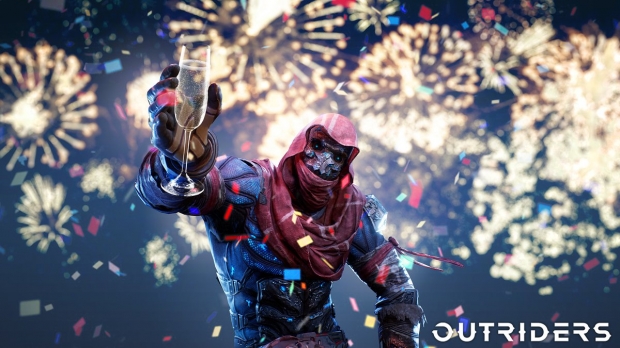 People Can Fly's new shooter-looter Outriders is exceedingly popular and has broken a big milestone on Steam. The game peaked at 111,953 players on Steam on its first day and is now Square Enix's top game insofar as peak users. Based on SteamDB numbers, Outriders had over 300% more peak players than Marvel's Avengers. 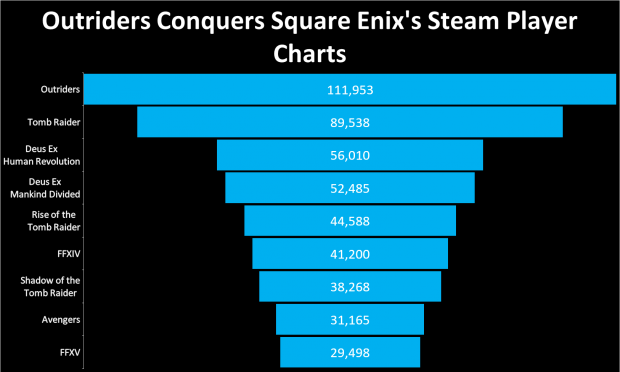 At first glance, it's hard to pinpoint why Outriders is so popular. Closer examination reveals popular player sentiment garnered by specific business decisions. One, the game doesn't sell anything. There's no microtransactions or battle passes. Once you buy the game, you get the full game--there's no monetization thrown in. Avengers, on the other hand, was widely panned for its excessive monetization.

Another reason is the game's fun factor. Having played Outriders, I can say it's a pretty enjoyable and solid shooter. The skills are fun, character development seems rewarding, and the Gears Of War-style cover shooting can be pretty exhilarating.

There's no word on sales figures just yet; Neither People Can Fly nor Square Enix have announced how much the title has sold. We should get those figures sometime soon.