The rumors were true: Final Fantasy's 1-6 are getting remastered. There's some bad news, though. For some reason the games aren't coming to consoles (yet?) and will release "soon" on Steam, iOS, and Android.

Second, the games will be sold individually. You didn't think Square Enix would sell a nice bundle for, say, $59.99 did you? According to listings on the Google Play Store, each game could be priced at $14.99.

"The company will release the beloved titles individually, from FINAL FANTASY I through FINAL FANTASY VI, for Steam® and mobile platforms," reads a press release.

These games need to come to Switch as soon as possible...the demand for old-school RPGs on that platform is huge. 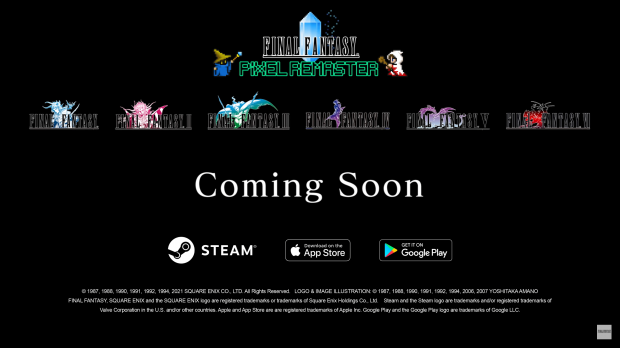