Death Stranding has proven that reality is catching up with fiction at a quicker pace. That's why Hideo Kojima is completely overhauling his creative process. 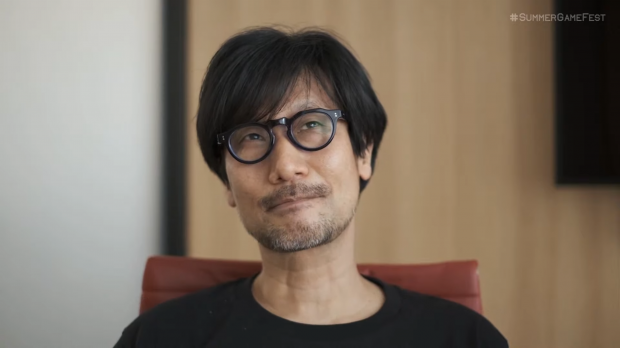 Hideo Kojima proved to be eerily prophetic with his latest game Death Stranding. The in-game world is riven by disease, isolation, and despair, much like the real-world in 2020. It's believed the game loosely predicted the COVID-19 pandemic and global stay-at-home measures that kept millions indoors for over a year.

Now Kojima says he's changing his creative process, and a big reason is because of how unsettlingly fast these predictions came to fruition.

"In the past, about creating things, I was always thinking about what could happen in society in 5, 10, or 20 years. It was like predicting the future and adding the entertainment essence. That's how I always created," Hideo Kojima told Geoff Keighley at the Summer Game Fest.

"I've really been thinking about this, because entertainment has to be fun. I also want to give the player something to learn as well.

"But since the era is catching up so quickly, it's really not just fiction any more.

"So I've been re-thinking my creative process. I guess all creators are thinking the same way. It's almost similiar to what happened after 9/11, considering which direction we should go as entertainment.

"I think that this is a big assignment for us."

Kojima delivered a coy answer when asked about his next game. The legendary Metal Gear Solid creator did say the new project will be pretty different. There's reports that Kojima Productions has signed a deal with Microsoft to make a game for Xbox Game Pass, and details of that partnership could be announced during the Xbox showcase this Sunday.

The developer has also expressed interest in making a new interactive horror game.