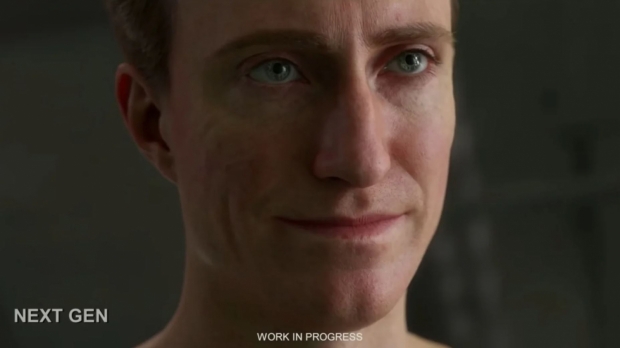 EA's company severs have been infiltrated and hackers have stolen 780GB of files, data, tools, and source code for games like FIFA 21. The hackers also took code for EA's Frostbite engine, which is used internally to create most of its billion-dollar games. A next-gen iteration of the engine is being used to create new high-end games like Battlefield 2042, Dragon Age 4, and new annualized sports games in the FIFA and Madden series.

Frostbite is one of the company's most important assets and EA has invested billions into the engine over the years. EA regularly spends hundreds of millions on research and development every year to help further the engine's functionality and power. In FY2021, EA spent a record $1.7 billion on R&D.

EA acknowledged the hack in an official statement to Waypoint:

"We are investigating a recent incident of intrusion into our network where a limited amount of game source code and related tools were stolen. No player data was accessed, and we have no reason to believe there is any risk to player privacy. Following the incident, we've already made security improvements and do not expect an impact on our games or our business. We are actively working with law enforcement officials and other experts as part of this ongoing criminal investigation."

The hackers are attempting to sell the data to the highest bidder. 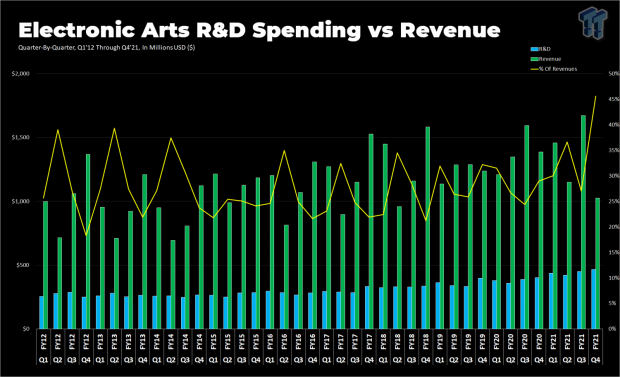 EA's R&D spend vs revenue ratio on a quarter-by-quarter basis. Q4'21 had the highest quarterly R&D spend in history and a 46% ratio.