DrBeef, the indie developer behind the Quake, Doom, Half-Life and Wolfenstein VR mods, is at it again, and this time, it's Doom 3 getting the VR treatment. Doom3Quest is almost ready and should be out in the next few days.

DrBeef and his [Team Beef] partners have been dropping teaser videos over the last few days showing Doom 3 in action on the Oculus Quest. The team is preparing to release the Doom3Quest mod on the SideQuest marketplace in the coming days. This one definitely looks like a title to check out.

On January 1st, Team Beef release a teaser clip of the iconic mirror scene early in the game, demonstrating the motion controller tracking in action. On the 3rd, the development team released a clip showing off the lighting effects in action. The IDtech 4 game engine that powers Doom 3 is nearly a decade and a half old, but it still produces terrific visuals. DrBeef is pretty confident that it will impress, stating that "Doom3Quest will be one of the best looking experiences on the Quest platform for sure."

In the comments on the YouTube video of the lighting demonstration, the person who posted the video stated that the team is "literally losing sleep" to get this mod out the door. Adding that the "release is imminent!! Just a few more days!"

If you're unfamiliar with DrBeef's mods, they use the original game files and inject full VR support, complete with motion controller support. You must own the original game to install the mods, which is still the case with Doom3Quest. You will need a copy of the original game, which you can pick up on Steam for just a few dollars. 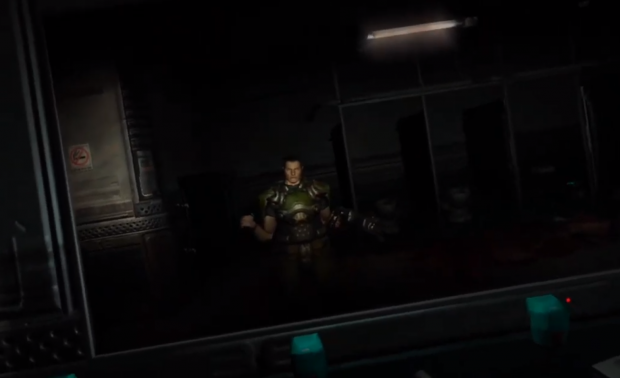