Dailytech let us know that we can expect much more than just the usual benefits to come from shrinking the die of a chip, as it appears there are quite a number of other tweaks done to it for even greater performance than the current crop of Core 2 offerings, clock-for-clock (faster cache and more of it, SSE4 optimizations etc.).

HKEPC go one better and give us all an excellent idea of the kind of performance increase we can expect from current to next-gen core 2 architecture, having gotten a hold of a "Wolfdale"ES Sample(2.33GHz/6MB L2/1333MHz FSB) and pitting it with a current E6550 Core 2 chip running at the same 2.33GHz to see the yields in a huge array of tests. 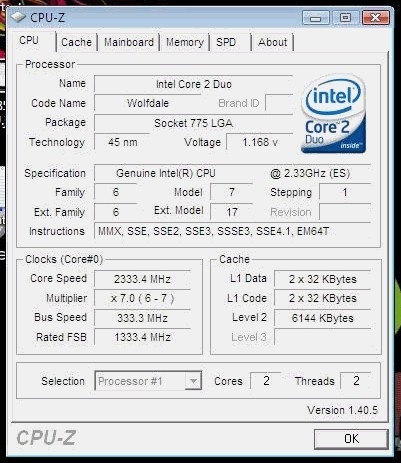