Scientists have observed the supervolcano under Yellowstone National Park for many years in hopes that we will have some warning if it ever erupts. 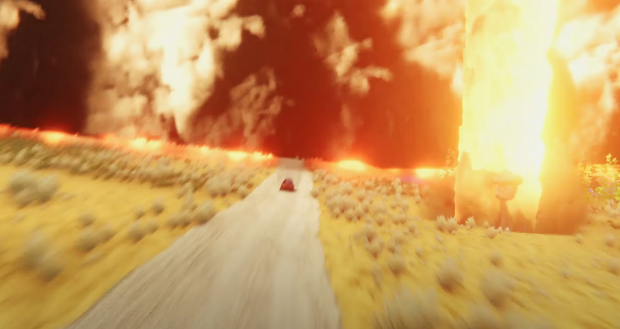 According to Michael Poland, the scientist-in-charge of the Yellowstone Volcano Observatory, if the supervolcano that is located directly under the park ever erupted, it would "devastate much of the United States". Poland says that the supervolcano has erupted at least three times in the past, but luckily researchers don't expect another eruption for quite some time. If the volcano does erupt it would look similar to this video.

So, how will we know that Yellowstone is erupting? Researchers have been measuring and recording the volcano's seismic activity, and at the moment, there are between 1,500 and 2,500 earthquakes per year in Yellowstone. "If we saw earthquake activity begin to pick up in very significant ways. Instead of seeing thousands of earthquakes every year, we would see tens of thousands." Poland goes on to say that if the number of earthquakes recorded began to rise suddenly, then that may be an indicator for eruption.

However, "There's no indication that the Yellowstone magmatic system is really going to be waking up anytime soon", said Poland.