The SGH-i570 will be running Symbian 9.1 and it should feature Wi-Fi, HSPDA, EDGE and Bluetooth. Pretty good specifications in terms of connectivity and the only thing missing is a mini-USB port. It also comes with 160MB of built in memory and it takes microSD cards if that's isn't enough. 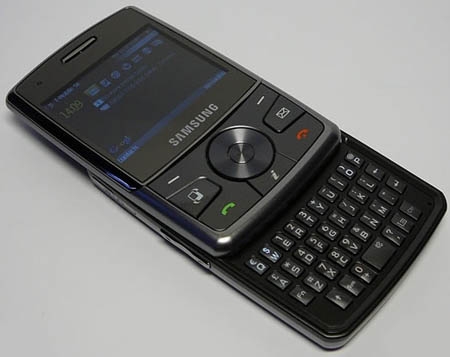 It also supports video calls via a front mounted camera and slide it open to reveal a rear mounted 2Megapixel camera with flash. It measures 96 x 60 x 16mm (H x W x D) when closed and weighs 123g. You can also see that it comes with some kind of Google functionality as standard, although we're not quite sure what this is, but our guess is that it has Google search built in and maybe some more features.

Can't wait for this one to arrive, it looks like a real corker of a phone and as long as Samsung manages to tame the Symbian OS to make the most out of, this could be one of the smartphones out there that's worth owning.