The Hubble Space Telescope is famous for the incredible pictures it takes of our solar system and surrounding galaxies. 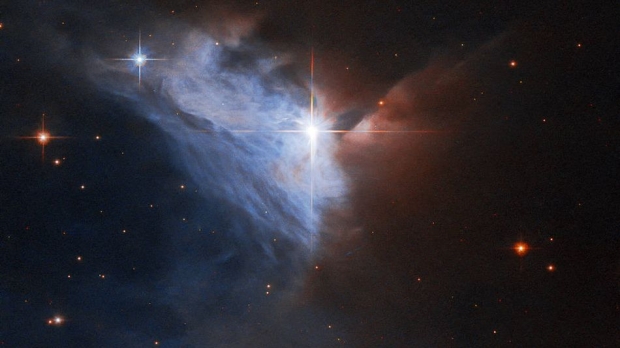 NASA has recently taken to the Hubble Twitter account to post an incredible image of what is called a "cosmic cloud". NASA goes on to explain that this "cosmic cloud" or actually called an "emissions nebula", which is a bright "diffuse clouds of ionized gas that emit their own light." NASA states that the emission nebula seen in the above image is called NGC 2313.

In the image, we can see in the center a bright star. This star is named V565 and shows a "silvery, fan-shaped veil of gas and dust". The right-hand side of the image is dull, and this dullness is caused by a dense cloud of dust. If you are interested in reading more about this story, check out the NASA website here. As for other space news, Hubble recently dropped some stunning images of Jupiter that showcases a hellish planet.