Los Angeles and Las Vegas residents have taken to social media to report a very odd string of lights appearing in the night sky. 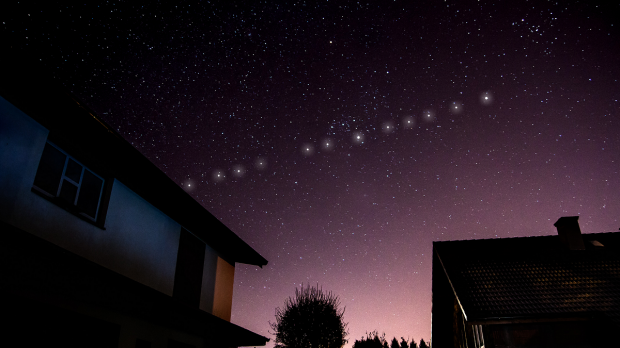 It was only last week when similar reports came from residents in Washington. Some of those residents deemed the lights to be UFO "sightings". However, the lights that were seen over Los Angeles and Las Vegas weren't UFOs but actually were SpaceX's Starlink satellites. The launch of sixty SpaceX Starlink satellites coincides with these "strange light sightings" posted all over social media.

The Starlink satellites take several weeks to spread out and form a line. Once they are position in the atmosphere, SpaceX proceeds to spread them out further so they can eventually synchronize and link up with the larger Starlink grid. Onlookers of the night sky that aren't aware of SpaceX's Starlink satellites are understandably confused at what they are witnessing unfold above them. However, it isn't UFOs of any kind, but just man-made magic.