Researchers have located what they now believe as the most recent evidence for volcanic activity on Mars. 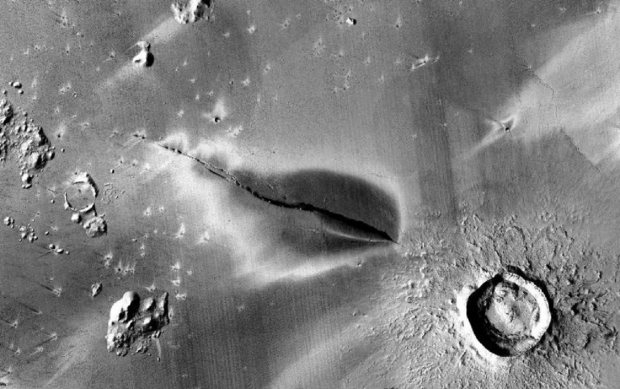 NASA's InSight lander measured two earthquakes back in March. The lander was able to trace the quakes back to a region of Mars named the Cerberus Fossae, and now using images from the Mars Reconnaissance Orbiter, researchers believe that the Cerberus Fossae is the most recent evidence of volcanic activity on Mars.

Estimations have put the age of this volcanic deposit anywhere between 45,000 and 200,000 years old. On a geological scale, the age of the deposit is quite young, whether it be 45,000 or 200,000 years old, as volcanic rock elsewhere on Mars formed between 3 and 4 billion years ago. Additionally, Mars saw some volcanic activity regularly until around 3 million years ago. David Horvath from the Planetary Science Institute explains, "if we were to compress Mars geologic history into a single day, this would have occurred in the very last second."