The Nintendo Switch shows no signs of stopping. The console just hit 84.59 million units sold and beat the Game Boy Advance, making it the fourth best-selling Nintendo product of all time. Software is likewise smashing records, and now Nintendo has an assortment of mega-hits on the Switch. 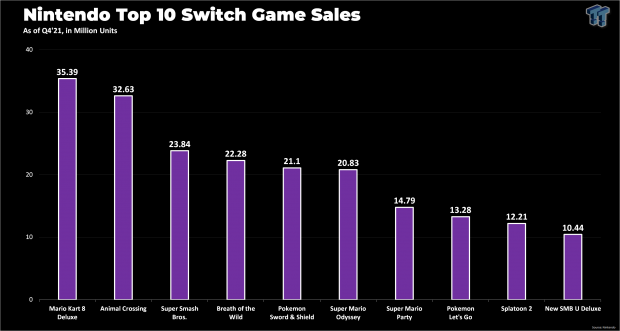 The Switch platform is skyrocketing right now. Nintendo made more than $16 billion from games in FY2021, and 57% of that, or roughly $8.2 billion, was from hardware alone. Nintendo sold a massive 230 million games throughout the year, pushing its top 10 best-sellers to new heights.

The Switch currently has 10 first-party games that have sold over 10 million copies each. Animal Crossing New Horizons has finally slowed down its monstrous sales pace (it was previously selling 1 million copies every week for quite some time) and Mario Party saw a particularly nice uplift throughout FY2021. 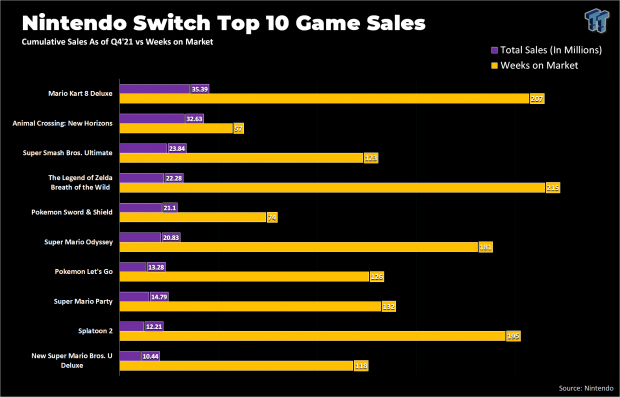 The year's best performers in terms of growth were Mario Kart 8 Deluxe and Animal Crossing New Horizons, which spiked during the Q3 period. All of the top 10 games saw an uplift during the year, though.