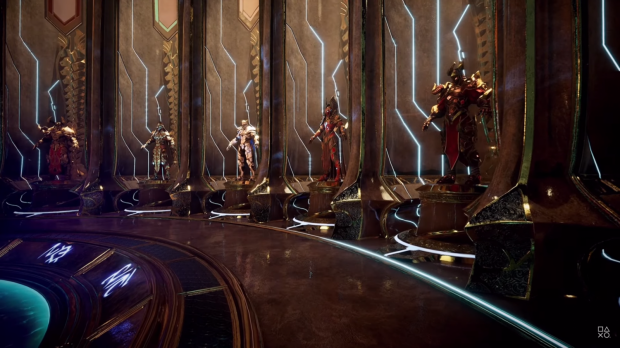 European ratings board PEGI has rated Godfall for PlayStation 4, indicating the game will also release on last-gen hardware. The rating went up yesterday on the PEGI website.

Godfall was originally released in November as part of the PS5's next-gen launch lineup, gamers were led to believe it'd stay as a next-gen exclusive on consoles. Neither Gearbox nor Counterplay Games has confirmed the PS4 port just yet, but an announcement should happen soon. This isn't actually a surprise. Godfall was announced as a six-month timed exclusive for PS5 that wouldn't come to other consoles until at least May 12, 2021.

There's no word on a possible Xbox One release, but that should happen at some point too alongside next-gen optimizations on the Xbox Series X and Series S duo.