Eve Spectrum was the first-ever crowd-developed monitor, and if it came out of the oven properly and on time -- it would've been the very first HDMI 2.1 monitor and made history. We're now much closer to that point.

The team has delayed its monitors a few times now, but then the team reached out to me just now with some great updates. A new community update, detailing that the team members in China have been working on getting the Spectrum monitor ready for its hopefully-very-soon launch.

In a community update on its website, Eve Community Manager 'Helios' explained: "While I'm waiting for new prototypes to show up for further testing, the team members in China have already been hands-on to make sure Spectrum does what it is supposed to do. That involves a lot of testing with a lot of different devices, some of which may even lend themselves for some entertainment during down time. Hope you all like another peek behind the scenes!"

The new Eve Spectrum monitor has been shown off fully working over HDMI 2.1 with different game consoles, graphics cards and more -- with the team saying that they are over the "hardest part of development" and that after the final round of community prototype testing that they'll be ready to begin shipping the HDMI 2.1-powered 4K 144Hz beast monitor. 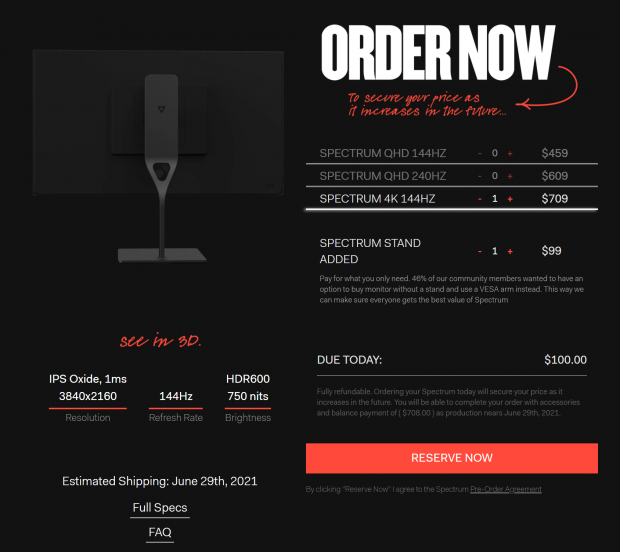