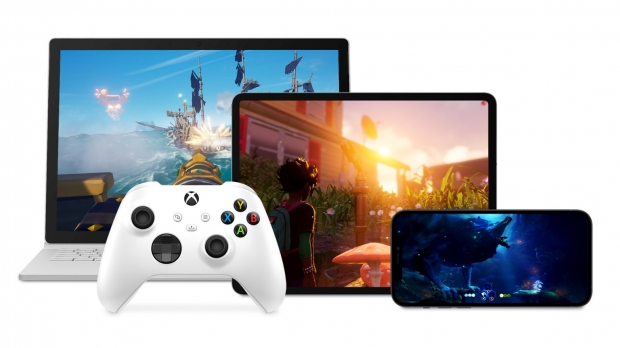 Xbox cloud game streaming is coming soon to browsers across PC and mobile, Microsoft today announced. Invites to Game Pass Ultimate subscribers will start rolling out tomorrow, and users can test out 100 Xbox games across Edge, Chrome, or Safari browsers.

This new feature will technically allow Project xCloud game streaming on iOS devices via the Safari browser and avoid Apple's stringent App Store policies. Users can hook up Bluetooth controllers to their phones and jump in, or wired USB controllers on their PC. Microsoft says more than 50 games have been re-tooled with touch controls for mobiles.

Streaming to browsers is another major milestone towards mainstream access. Being able to fire up a fully-fledged Xbox game in a browser has all sorts of far-reaching ramifications--ease of access, discoverability, sparking purchases, and subscriber retention. Users will be able to play games wherever they are, be it on mobile, PC, or even consoles via the built-in Edge browser on Xbox systems.

While Microsoft plans to roll out official game streaming to consoles in the future, gamers can fire up the on-console Edge browser and jump in. This will allow Game Pass Ultimate subscribers to effectively test out games before they commit to downloading, which could become a powerful mechanism for engagement as users try, discover, and buy new content.