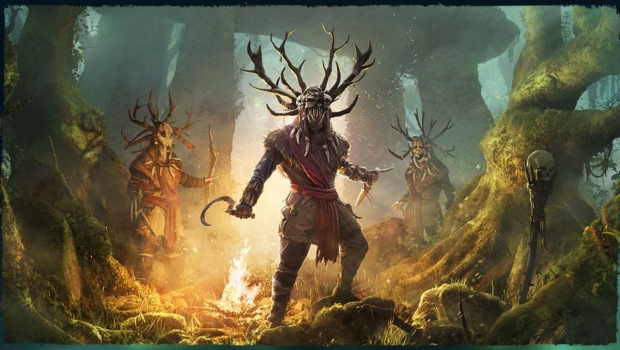 Valhalla's new Wrath of Druids expansion has been pushed back by 2 weeks, and will now release on May 13 on all platforms, Ubisoft has confirmed. The devs say the extra time will allow them to "deliver a more refined experience."

Ubisoft also says it plans to reveal more about its development process in an upcoming post. This should be pretty illuminating and may highlight the rigors of making new Assassin's Creed content in work-from-home environments, and could also touch upon what's next for the second expansion, the massively ambitious Siege of Paris.

"Explore the haunted wilds and beautiful landscapes of Ireland as you battle a druidic cult known as the Children of Danu. Conquer ring forts, master the art of smuggling, and gain the favor of Gaelic kings in a new open-world adventure," the official description reads.

The expansion will be included free for buyers of the Assassin's Creed Valhalla gold edition or owners of the season pass. Otherwise, Wrath of Druids will cost $14.99.