Every once in a while, developer live streams will reveal little tidbits about a creator's pasts. This time Doom Eternal game director Hugo Martin talks about his early comedy aspirations and how he wants to eventually teach future game directors and game developers. 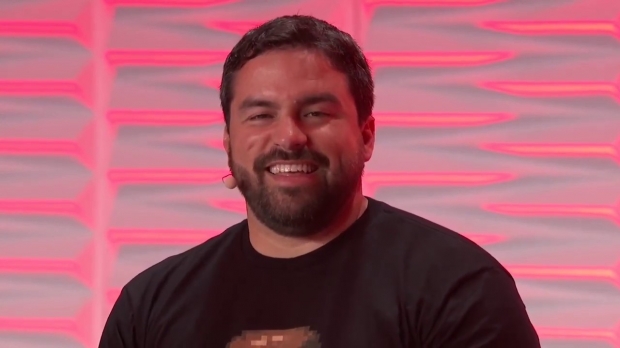 Hugo Martin has had an interesting career. He's mostly known as game director on id's glorious metalhead fantasy Doom Eternal, but before that, Martin actually had a fledgling start as a standup comedian.

"I actually did standup comedy, and acting, then improv a little bit--which I was terrible at improv," Hugo Martin said in a recent Twitch stream. His set mostly consisted of dad jokes, and Hugo actually has a recording of the set...but don't expect to see it published on the internet.

"It ended up with me on stage at the Comedy Store on what they call a ringer show, it's like a white-belt comedy show. Trust me, it's not real comedy. But it was a thrilling experience, all the way to the backstage waiting area where all of these famous comedians who I've always loved...just knowing who may have sat in this green room."

"So I did my little five minute set, my little dad jokes. I have a recording of it and I showed Marty. I thought about putting it online...but there's no way. It was fun, it was cool. It was really scary. There was work to be done, and all of that stuff I bring to my job now."

That being said, there is a certain air of humor to Doom Eternal. It's not exactly standup-style, but the game's over-the-top gore and themes are often hilarious. The glory kills are so absurd and brutal they sometimes make you chuckle, and some of the scenes are straight out of a Dethklok music video. 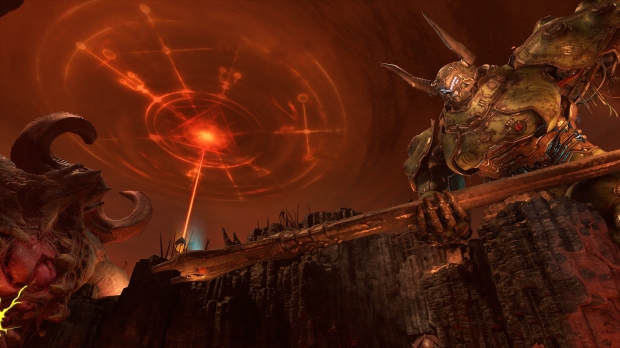 It's also worth mentioning that Hugo Martin did VFX on Pacific Rim, which certainly explains the towering mechs in Eternal.

"All of that experience with the short, I found myself on stage doing comedy. Honestly soon after that I got a job on Pacific Rim, and then did a lot of other cool film stuff. I worked on the first Percy Jackson movie as a VFX artist at Mirada."

So what's next for the director? Martin says he eventually wants to help guide the next wave of game developers and teach them everything he's learned.

"It's been a winding road with many adventures. My favorite thing that I look forward to is I'd like to round out my career as a teacher, and help the next generation of game director and game developer forge their own path. Inform them with my war stories."