Death Stranding made over $27 million in sales revenues on PC, new earnings reports from 505 Games confirm. 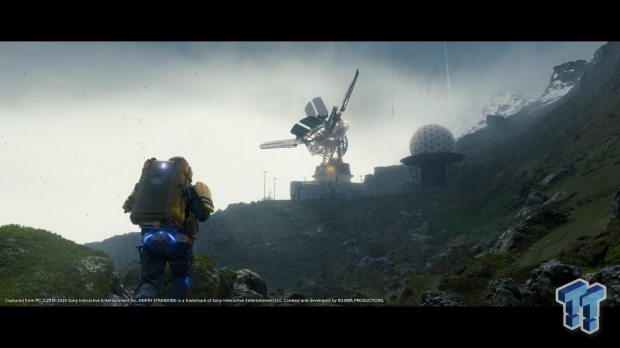 According to the latest financial reports from Digital Bros, the parent company of 505 Games, the PC port of Death Stranding generated $27.8 million (23.192 million Euros) in combined sales revenues on the Epic Games Store and Steam. Remember, this is only the cash that 505 Games received as payment for publishing the game on PC, and doesn't represent the game's actual sales earnings.

The game was released in mid-year in July 2020, so the sales earnings were made across a 5-month span. The company has yet to give out exact sales numbers for the PC port. 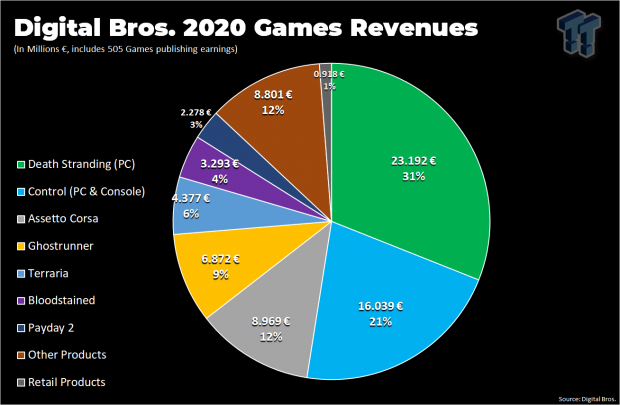 Also revealed in the earnings are earnings numbers for Control, which was released in 2019. Remedy's latest sci-fi shooter Control made about $19.2 million (16.039 million Euros) in 2020 across consoles and PC. It's also interesting to note that Epic Games paid about $10 million for Control's timed-exclusivity deal on the Epic Games Store.

Another interesting tidbit: 505 Games will receive a cut of Payday 3's future revenues as part of a sales deal made in 2016.

The Premium Games operating segment represents 91% of the consolidated gross revenues and significantly increased the gross revenues of the period by Euro 16,696 thousand and net revenues, up by Euro 20,275 thousand, as a result of the sales of Death Stranding, the Steam version of Control, the Ghostrunner video game but also the on-going performance of Assetto Corsa and PAYDAY2. Revenues from Other products, which represent the digital sales of products launched in previous years, showed a continuous growth by 16.3%.