Modder and electrical whiz Michael Pick just made the world's largest Nintendo Switch, a behemoth that measures 70 inches x 30 inches, weighs 65lbs, and is 650% bigger than a normal handheld-console. 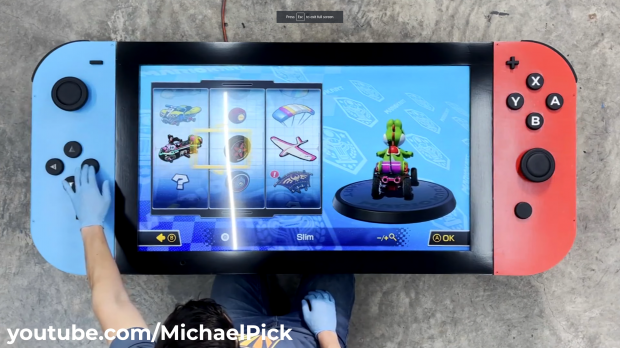 The monster-sized console comes with a full-sized 4K UHDTV display and two oversized JoyCon controllers that actually work, not unlike the DualSense included with the huge $70,000 PlayStation 5. 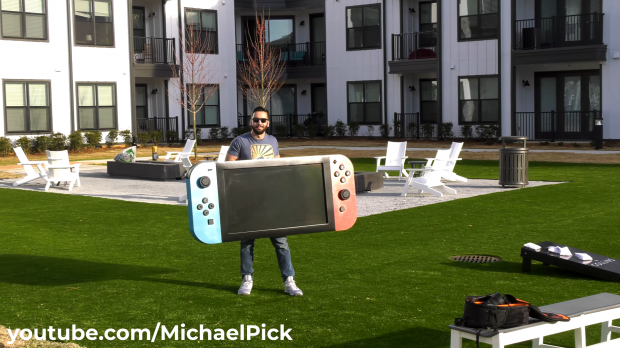 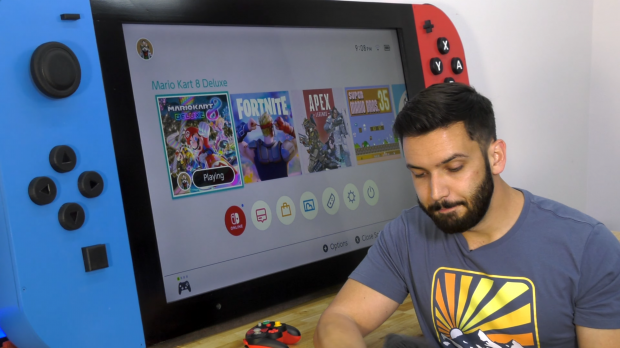 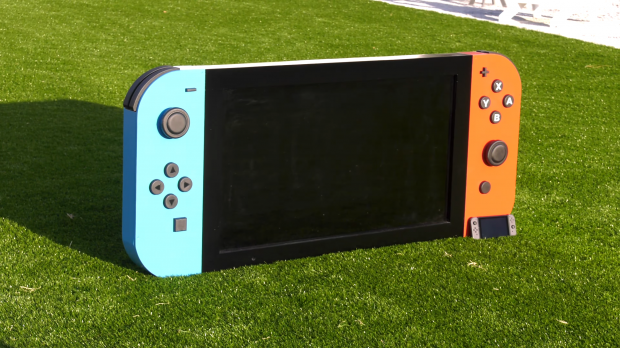 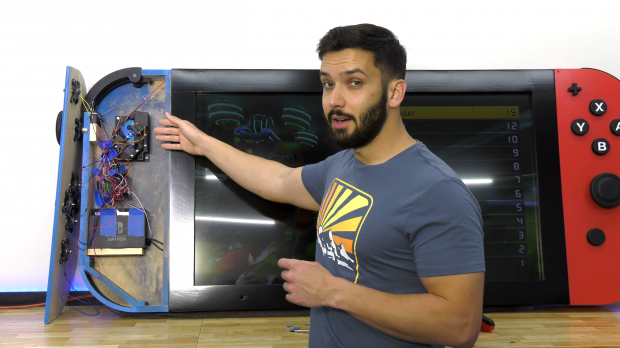 The Kong-sized handheld has a docked Switch on the left-hand side, and a real JoyCon is housed in each of the controllers. Pressing one of the 3D-printed face buttons or using a joystick sends signal to an Ardrunio board, which then sends signals to specially-designed servos that are hooked up to the real Nintendo-made Joycons.

The system found a nice home: Pick gave the gigantic Switch to the St. Jude's Hospital, where it is enjoyed by children who need it most. 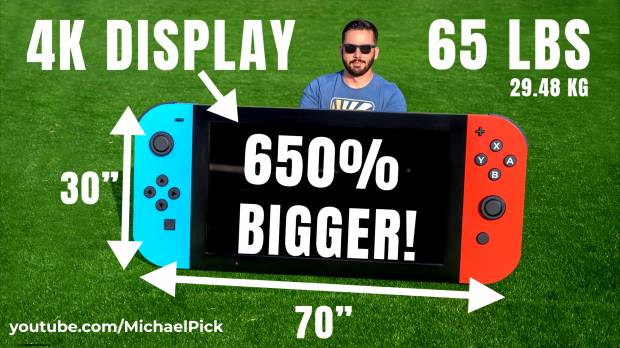