Outriders might only be 2 days old, but some players are already farming endgame content. These gamers are curious: Will there be post-launch DLC? Maybe. 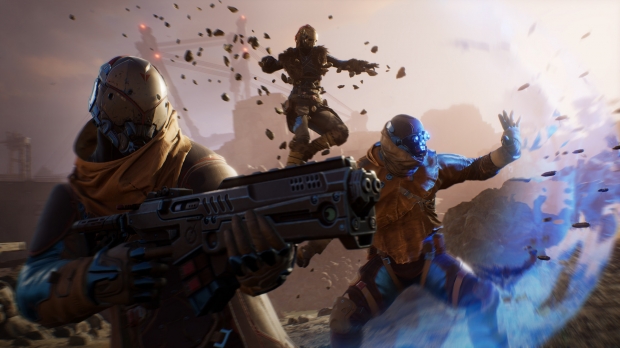 People Can Fly's new shooter Outriders isn't a week old yet, but the studio already has ideas for future playable missions, quests, and more. Outriders isn't a live game, so it won't get tons of tweaks and regular content updates like, say, Fallout 76. Instead, the studio says Outriders is a "complete" package. But that doesn't mean they're giving up on the franchise.

In a recent interview with Forbes, Outriders Creative Director Bartek Kmita says if the game does get DLC, it'll be in the form of meaty expansions, not piecemeal updates. New content isn't guaranteed though and is contingent on whether or not people like it (so far they do).

"We never said that we would abandon the game. This isn't a games-as-a-service, but if people like it, we will definitely be doing more things in the Outriders universe," Kmita told Forbes' Paul Tassi.

"We have so many more stories to tell, and a lot of ideas we want to explore that we couldn't fit in the original game, so we're happy to create more content in the future. Anything we would make would be in the form of significant expansions with self-contained stories."

Despite positive player sentiment, Outriders has had a rocky launch with servers frequently disconnecting and crashing. The team is committed to making sure Outriders stays active, but People Can Fly's New York studio is already working on a next-gen AAA game.