The latest version of AIDA64 has support for some unannounced and unreleased graphics cards from both AMD and NVIDIA, with the Radeon RX 6600 series and GeForce RTX 3050 series GPUs. 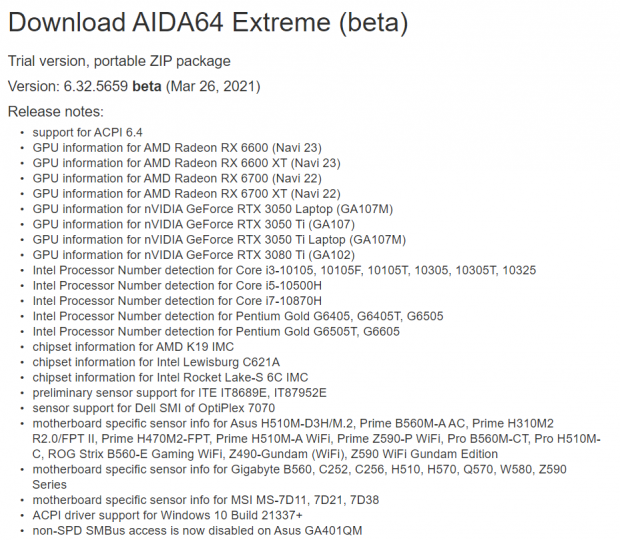