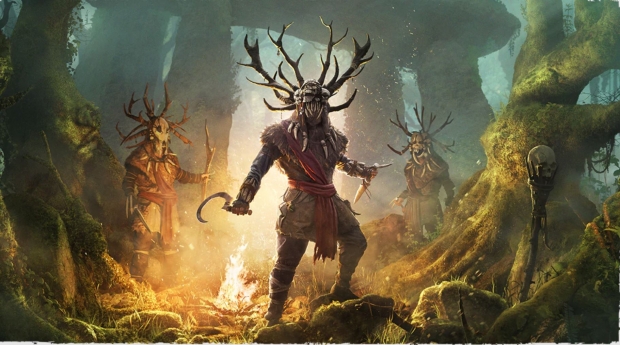 AC Valhalla is a great game--I gave it a 93/100 in my official review--but it really wears thin after a while. The endgame loop is centered around tons of grinding for very little gain outside of gear upgrades. The real problem with Valhalla's late game is lack of substantial content. Luckily, that should change next month with the arrival of the game's first major expansion, Wrath of the Druids.

Ubisoft today announced two big things for Valhalla: The free seasonal Ostara Festival, and the exact launch of the Wrath of Druids expansion. Not much is known about the expansion other than a brief description. Based on this, we can infer the expac will delve into the weird primal rabbit hole of Valhalla's most enjoyable moments--the Grendel quest, the side mission where Eivor trips on mushrooms, the awesome Daughters of Lerion boss fights, etc.--and explore the more exotic side of 8th century Angland. 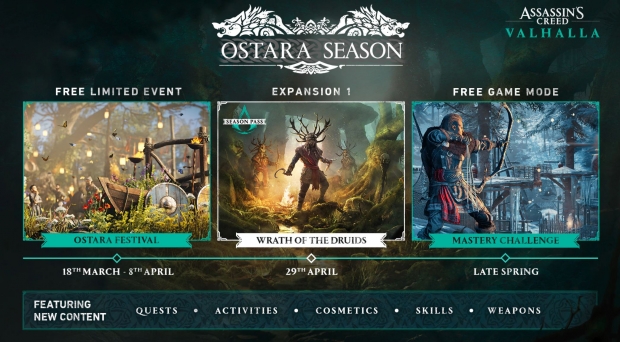 "Our first expansion, Wrath of the Druids, will be available this spring on April 29. Explore and smuggle your way through the haunted beauty of Ireland as you gain the favor of Gaelic kings and confront the druidic cult, the Children of Danu," Ubisoft wrote in today's update.

"Explore the haunted wilds and beautiful landscapes of Ireland as you battle a druidic cult known as the Children of Danu. Conquer ring forts, master the art of smuggling, and gain the favor of Gaelic kings in a new open-world adventure," the official description reads.

Wrath of the Druids drops on April 29 on all platforms, including PS4, Xbox One, PC, PS5, Xbox Series X, and Stadia. It will cost $14.99 and is included free in the deluxe editions of the game or the season pass.