NVIDIA has removed listings of their Founders Edition graphic cards in European stores, which seems to be a sad day indeed.

VideoCardz reports that NVIDIA doesn't sell its graphics cards through its webstore in all EU countries, where it sells them through external stores. NVIDIA lists the GeForce RTX 3090 Founders Edition on its Polish website, but they're completely sold out.

No other EU webstores have Founders Edition graphics cards listed, but there's no reason behind the move by NVIDIA. The company could have no stock right now and removed them temporarily, or it could be a sadder affair and FE cards are finished in Europe and won't be sold again.

We'll know more in the coming weeks I guess. 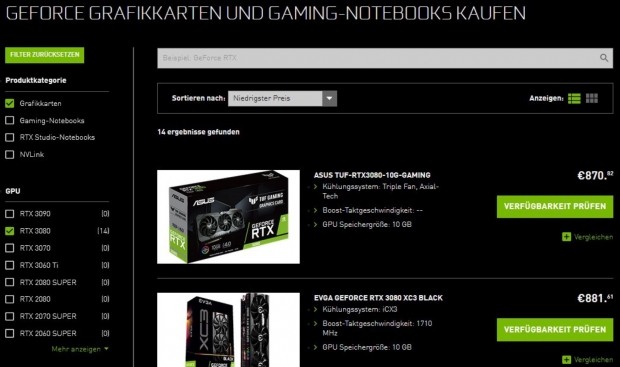