NVIDIA has just announced that it will be powering gamers in Australia, Saudi Arabia, and Turkey with GeForce NOW "later this year". 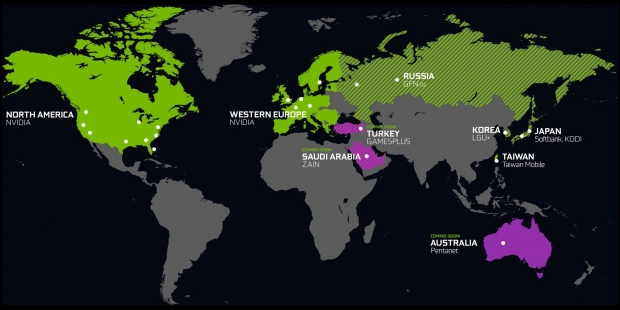 In an announcement on the official NVIDIA blog the company explained that it has signed new telcos into the GeForce NOW Alliance with Turkcell, Zain KSA and Pentanet, these new companies join current GeForce NOW Alliance members in Softbank, KDDI, LG Uplus, Taiwan Mobile and GFN.RU.

NVIDIA reminds us that GeForce NOW brings real-time ray tracing to some of the biggest games in the market to underpowered PCs, Macs, Chromebooks, Android and iOS devices. The company adds: "It also offers an opportunity for the world's leading telecommunications firms to deliver high-quality, low-latency PC gaming to nearly any device from the cloud. These partners form the GeForce NOW Alliance, a partnership of operators using RTX Servers and NVIDIA cloud-gaming software to expand and improve cloud gaming globally".

NVIDIA explained: "By placing NVIDIA RTX Servers on the edge, GeForce NOW Alliance partners deliver even lower latency gaming experiences. And this gives partners an opportunity to show the value of their broadband and 5G infrastructure to customers".

Now I will note as someone who lives in Australia, that Perth is on the western side of the country and many thousands of miles away from any other major cities. This means that anyone else outside of Perth and Western Australia (the state in which Perth is) will receive more latency as the servers are thousands of miles away. If you're in Sydney, then you're literally on the other side of the country -- almost coast-to-coast away as wide as the US. Think LA to NYC.

NVIDIA does add at the end: "Stay tuned as we work with additional partners to bring cloud gaming to new regions throughout 2021 and beyond".