I was scrolling through my personal Twitter feed and came across a picture that was uploaded by @UberKyptonian that showed the concept art of Wonder Woman before it was handed over to Patty Jenkins. 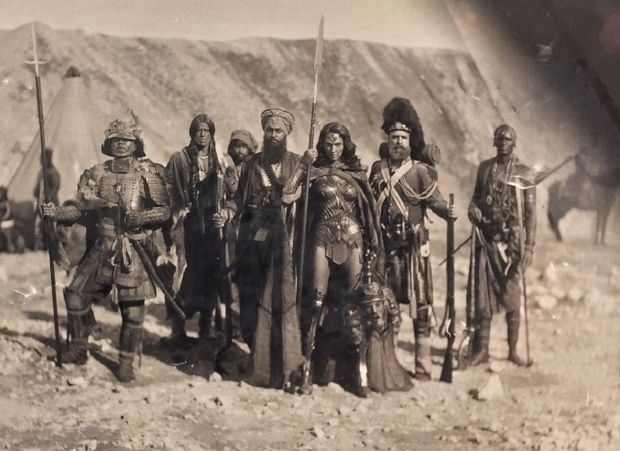 As @UberKryptonian says so perfectly: "While I love the first Wonder Woman film and what Patty did, the energy of the image on the left is so f*cking metal" and I totally agree. I love the style of what Jenkins did with Wonder Woman, but man if the Amazonian herself was going go around with a samurai, Sikh warrior, Native American, British soldier, and African warrior and then beat bad guys up, decapitate them, and collect their heads?

Uh, yeah I want that -- and Zack Snyder, I think he'd handle this style of Wonder Woman perfectly. A mix of Wonder Woman with 300, as well as that visual Snyder flair and some epic slow mo? I'm in.

As for the picture on the left, it is reportedly the original placeholder for Batman v Superman, where Bruce sees the photo of Diana (Wonder Woman) and realizes she's been around for over 100 years. This was the concept for the first film, and then Patty Jenkins was hired as the director and Wonder Woman -- and now Wonder Woman 1984, were born.