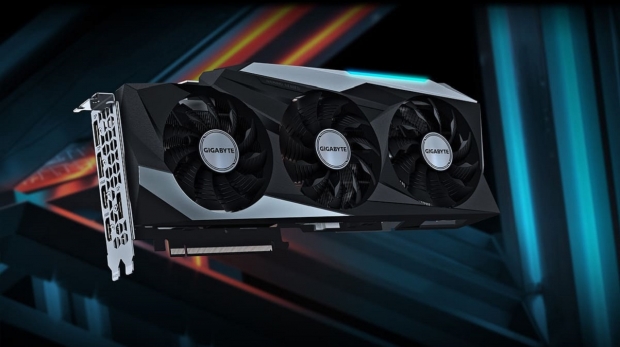 The new Radeon RX 6900 XT Gaming OC graphics card from GIGABYTE is their fastest custom RX 6900 XT yet, but there will be an AORUS version of the RX 6900 XT announced sometime in 2021. For now, we have GIGABYTE cooling the card with its WindForce 3X cooling design, packing a triple-fan cooler, the use of graphene nano lubricant, and more. 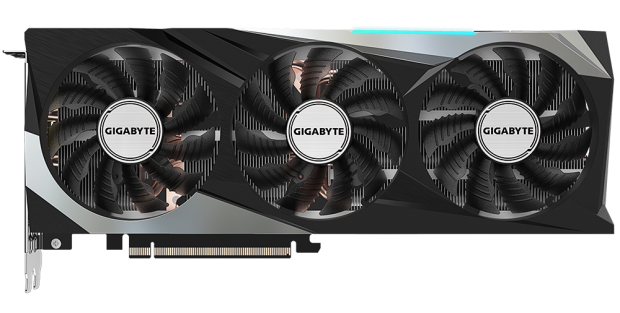 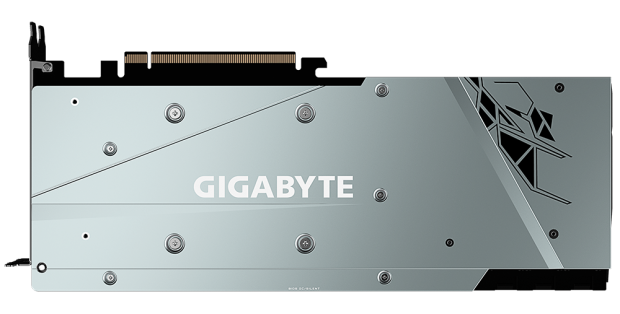 GIGABYTE is using 3 x 80mm fans that each have 11 blade, with a plastic shroud on the front -- the fans themselves use nano lubricant which reportedly offers the same lifespan as dual ball bearings, but they're quieter. The fans also spin in alternate mode that reduces the turbulence of other fans, increasing air pressure. 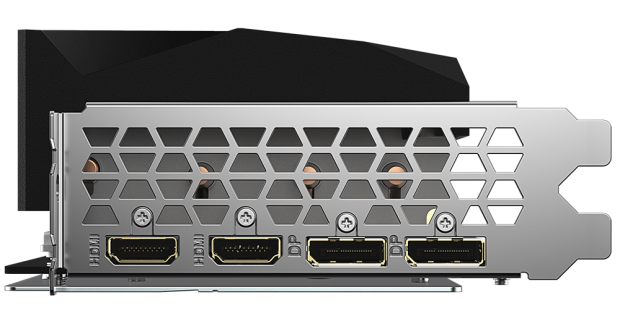 GIGABYTE is providing 2 x HDMI 2.1 and 2 x DP 1.4 for display configuration on the back, and a dual-BIOS design that lets you tweak between OC and Silent modes on the RX 6900 XT Gaming OC.