According to DigiTimes, the PlayStation 5 is swinging out of the gate with strong shipment surges. Sony has reportedly made good on its promise of widespread console availability for the holidays, and has shipped 3.4 million consoles to worldwide markets in four weeks' time. Remember, this is shipments so it's technically sell-in, not sell-through or actual sales, but due to extreme demand it's implied that all of these units were sold to consumers.

Sony has higher ambitious for the PlayStation 5. The company expects the PS5 to break the 7.6 million mark set by the PS4, but we don't know by how much.

The PS5 is also expected to significantly contribute to the company's FY2020 earnings. Sony has raised its total-year earnings by $945 million, and now expects its Games and Network Services segment to rake in 2.6 trillion yen ($24.57 billion) in FY2020, a rather sizable 35% increase over FY2019's performance. 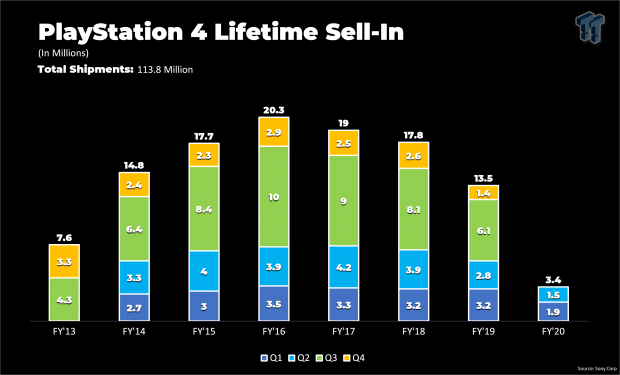