Cyberpunk 2077 is having tons of issues on consoles and PC. Glitches and bugs run rampant, some of which are game-breaking and can irreversibly corrupt your saves and block quest progression. Others are hilarious, like V. randomly flashing you their junk in the menus, or just severe technical clashes that create meme-worthy moments like this one.

Twitter user ChronoKatie just captured one of the most outrageous Cyberpunk 2077 glitches while playing the game on consoles. While riding a bike throughout Night City, V. was randomly shot into the air to get a bird's eye view of the metropolis. Eventually V. was pulled into the graphic-less void of the outer realm--that space that exists in all video games but is protected by layers of stability.

Apparently the game is super buggy when riding motorcycles throughout the city. We've seen character textures/models randomly change while riding, along with hard game crashes. 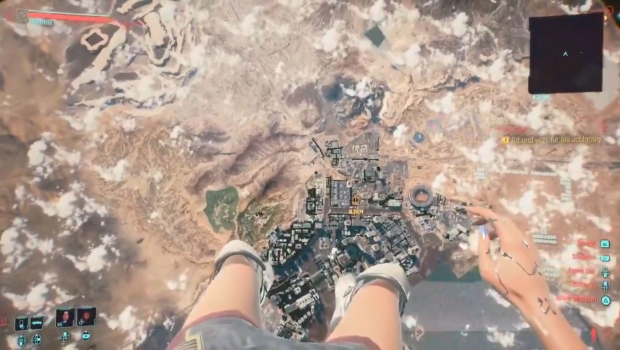