Cyberpunk 2077 doesn't look terrible on consoles, but it shines brightest on PC. Even still, we wanted to see if there are any noticable differences between the PS4 Pro and PS5 versions of the game. 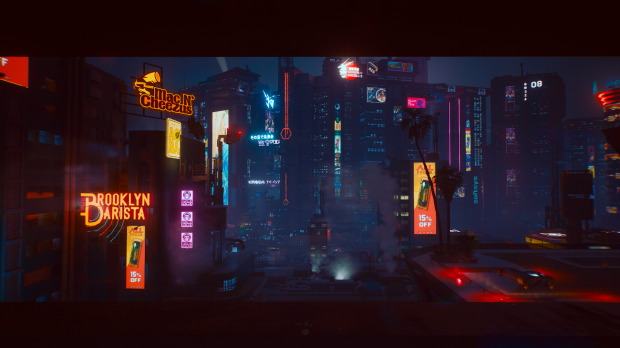 We've been playing Cyberpunk 2077 mostly on the PlayStation 5 and taking advantage of the unlocked GPU/CPU performance profiles made possible on the newer SoC chip. Cyberpunk 2077 runs better on PS5, hitting 60FPS at native 1188p resolution compared to the 30FPS performance on the PS4 Pro.

Cyberpunk 2077 has three different perf targets across the three different PlayStation consoles: PS4 hits 30FPS with lower-res textures and lots of compromises (drops as low as 15FPS). The PS4 Pro can hit 30FPS, and PS5 can hit 60FPS. But the PS5 plays the PS4 version, and doesn't have it's own next-gen optimizations.

Is that the only real difference between the game running on PS4 Pro and PS5 is the frame rates. The game looks a bit better on the PS5, but there's no ray-traced reflections or big blowout effects.

Below we have a bunch of side-by-side comparisons. These pictures aren't perfect and aren't meant to be a definitive comparison between the two versions, but moreso a kind of guide on what to expect from the PS4 Pro and PS5.

The PS5 version will get much, much better once CDPR rolls out the next-gen patch in 2021.