4A Games is mostly known for its excellent Metro games, but the studio has aspirations outside of the post-apocalyptic series. Now the devs are crafting a new game set in a fresh IP. 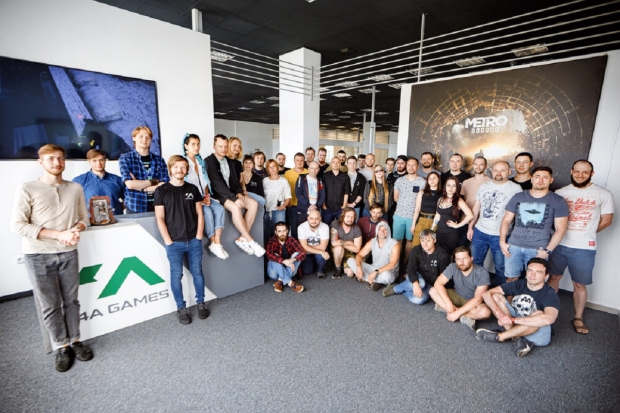 Metro developer 4A Games reconfirms it's working on a new IP project set outside of the Metro franchise. The team plans to work on this new mysterious project while it simultaneously develops a new next-gen Metro game. Now that 4A has been acquired by Embracer Group (formerly THQ Nordic) the team enjoys bigger budgets and can leverage Saber Interactive's proprietary network tech for new modes like online multiplayer. In fact, the next Metro title will have multiplayer for the first time--4A says singleplayer story content is still the primary focus.

Technically Saber Interactive owns 4A Games now, and the Metro devs are helping Saber work on 15 new projects. Two of these projects are the new IP and the new Metro title.

"While we expect to be working on Metro for many years to come, we want to stretch ourselves by exploring new projects and new IP," the devs said in a recent blog post.

"In 2017 we released Arktika.1, a sci-fi FPS for the Oculus Rift, and our first steps towards a goal of being a multi-project studio. We now want to grow this ambition to another new AAA experience that can sit alongside the Metro series.

"We're hiring across both our Malta and Kyiv studios to help us bring these dreams to reality, so if you think you have what it takes and want to join our team, head to our careers page and apply at 4a-games.com.mt/careers!"

There's no info on what this new IP is or when it's coming. We should expect the game to release sometime after Metro 2035 and it should also be built on 4A's new updated proprietary engine, which has been enhanced for next-gen PS5, Xbox Series X, and PC tech.