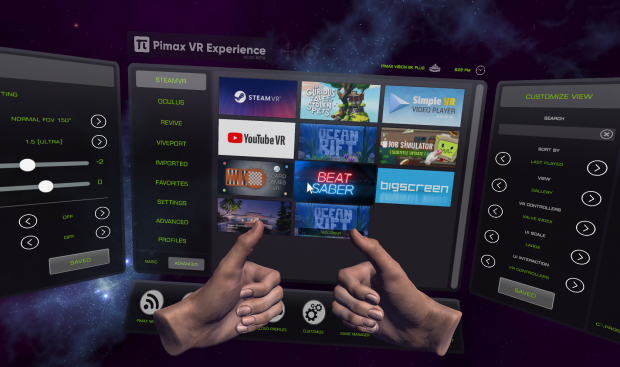 Pimax said that some of the planned future feature updates would require significant changes to the VR Experience code. Rather than tackle issues as they come up, the software team decided to give it a pre-emptive rebuild. The current iteration is not a complete rebuild, but the company is rolling out a new version because it includes a long list of bug fixes and several feature updates.

Pimax VR Experience 0.70.0.0 beta includes support for touchpad and thumbstick scrolling in all drop-down menus and scrollable pages. You can also now use a mouse scroll wheel to cycle through pages of content. The new version also includes click and drag on the HTC Vive and Valve Index controllers by half-pressing the trigger button.

The most significant new feature is the per-eye IPD adjustment, which allows you to adjust one lens at a time by up to 1mm in 0.1mm increments. It also includes an IPD Offset default button that can restore default IPD values.

The new software version also includes a long list of bug fixes and updates to pre-existing features. Here's a list of all the changes.

• Update: Core: Improved performance and reliability of the application thanks to major core changes

• Fix: Issues where manually applying Steam VR optimizations might show a failure, even when it was successful

• Fix: Issues where automatically applying Steam VR optimizations upon game launch might show a failure, even when it was successful

• Fix: Issues where the dashboard re-center button does not work correctly

The Pimax VR Experience 0.70.0.0 beta is available to anyone with a Pimax headset and who wishes to try it. You will need version 1.0.2.086 (V7) of thePiTool driver package installed before you can install the Pimax VR Experience beta. Here's a link to the PiTool installer, and this is the link for the beta software. 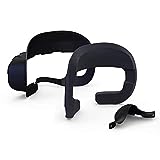