Phison is having a huge, huge year -- driven by supplying SSD controllers to Microsoft for its next-gen Xbox Series X/S consoles as well as shipping more and more SSD controllers for various PCIe 4.0 NVMe SSDs. 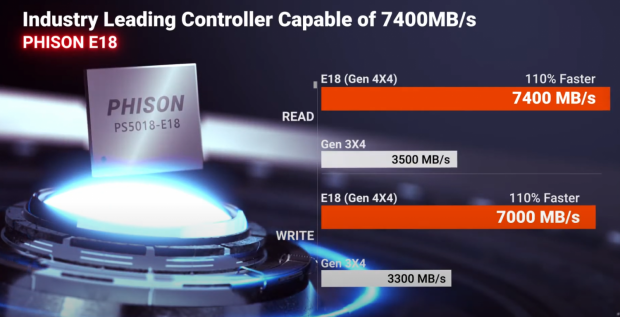 It was just a few days ago that Phison teased its second-gen E18 SSD controller, which is capable of a gigantic 7.4GB/sec. It is the fastest PCIe 4.0 NVMe SSD solution in the world, with capacities of up to 8TB which is just incredible.

DigiTimes reports: "Phison Electronics has disclosed shipments of its PCIe SSD controllers surged nearly 94% on year in the first 10 months of 2020, with shipments for October alone rising 55% to a monthly high".