It looks like NVIDIA is about to unleash Ampere into gaming laptops, with a new GPU spotted: codenamed GN20-E5-A1 (which refers to GA104 which will power GeForce RTX 3070 and GeForce RTX 3060 graphics cards in the very near future). 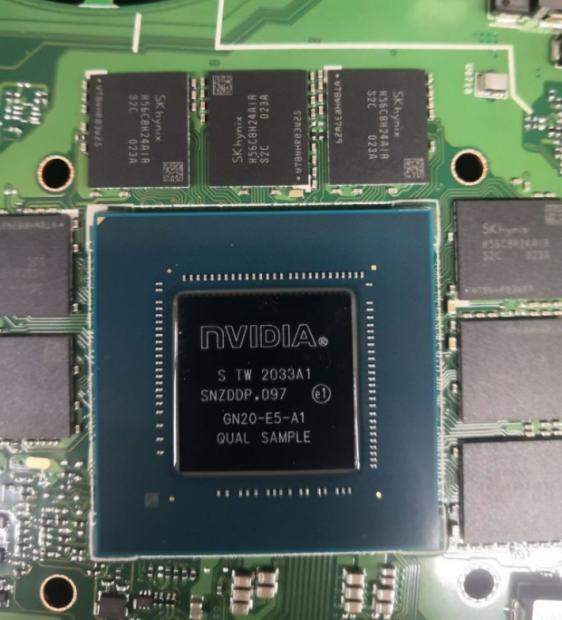 As for performance, we should expect performance to be in the ballpark of the desktop GeForce RTX 2080 Ti -- or thereabouts. I'd say somewhere between the RTX 2080 SUPER and RTX 2080 Ti, which would be phenomenal for laptop gamers.

I do, however, want to see the power and heat coming out of these devices...