Doom Eternal, one of the best shooters of the entire generation, is coming to Game Pass on October 1. Sadly, PC gamers have to wait. 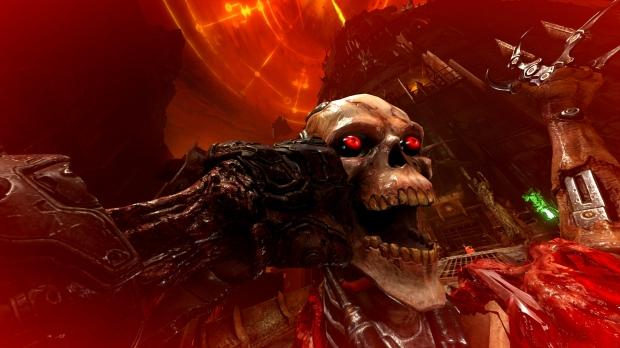 Now that Microsoft owns Bethesda, it's time all the publisher's first-party games start dropping on Game Pass. id plans to bring Doom Eternal over to gaming's most transofmative subscription service starting on October 1, but it'll come first to Xbox consoles. PC gamers will have to wait until "later in 2020". The new Ancient Gods Part I expansion won't be included.

This is pretty confusing since Doom Eternal was made to completely flex PC horsepower. Our latest RTX 3090 review shows just how optimized id Tech 7 is, with Doom Eternal capable of hitting a mind-bending 48FPS at 8K with Nightmare presets.

If anything, Doom Eternal should arrive on PCs first and then consoles later.

This might be a business move though. There's probably a lot more Xbox console Game Pass subscribers than PC subscribers (not verified though and we'd like to see the actual numbers). At the time of writing, Xbox Game Pass has 15 million subscribers.

Still, though, I hope to see more parity between Bethesda's Game Pass rollouts, especially games like Doom Eternal which were specifically made for PC. We don't know if all of Bethesda's back catalog games will arrive on Game Pass, but we do know all future games will, including Wolfenstein 3, Starfield, and The Elder Scrolls VI.